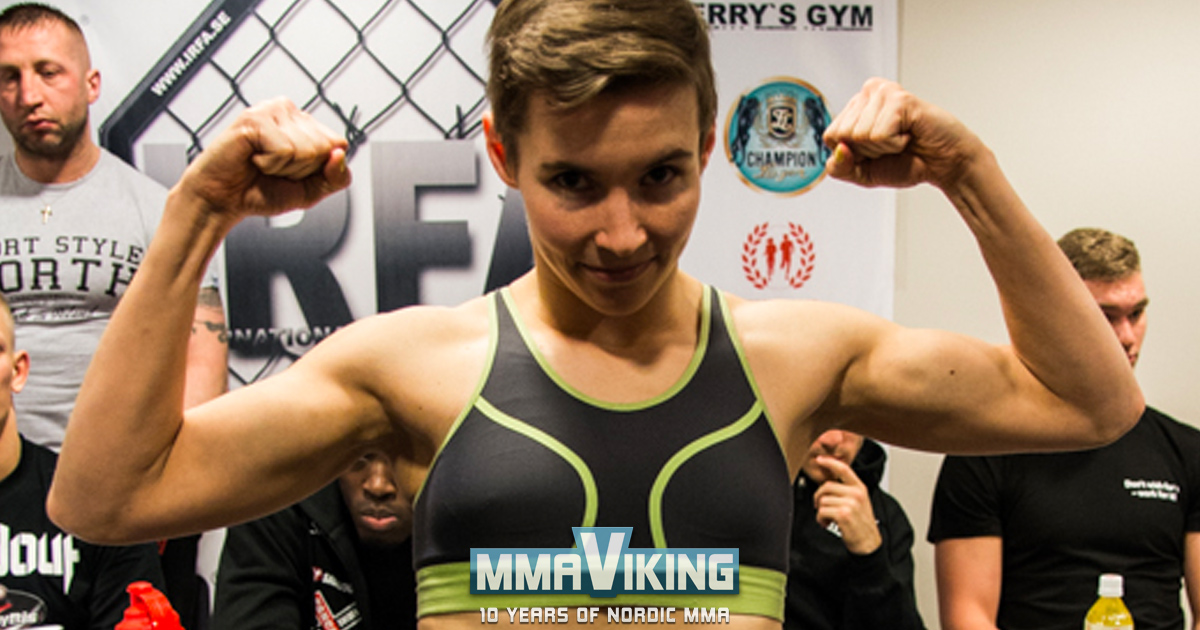 It has been over four years since Finn Veera Nykänen (0-1) last fought, and now she has finally booked a second fight. The GB Gym fighter is set to face Olga Vlasova (3-1) out of Gladiators Team St Petersburg, Russia at Carelia Fight 14 on September 1. “Yes I finally got a fight phew!” says Veera to MMA Viking. 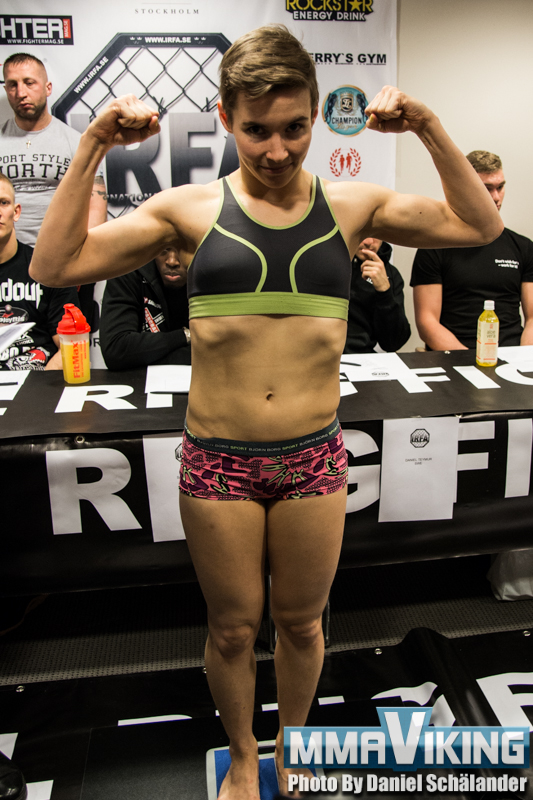 Nykänen tried to turn pro with a win back at Cage Warriors 64 versus Kirsty Davis in February of 2014, but the overweight opponent turned the bout into an amateur match.  Then two months later the Finn fought Swede Iman Darabi back at IRFA 6 in Stockholm, where she lost by decision in her pro debut. “Yeah I just couldn’t get a fight and then I was injured for a year.”

“Gonna be nervous as hell ? Been such a long time”

“Luckily I have still time to spar with Minna, Anette and Tiia.” comments Nykänen that has both the Invicta title challenger, top ammy MMA fighter out of Hardknocks Helsinki, and pro teammate Kohtamäki available for training.

The bout is set for 50 kilograms (110 lbs), and time will tell if Vlasova can make the weight. While the weight is as high as would make sense for Nykänen, the Russian has been fighting at 125 lbs and even fought at 135 lbs. “Yeah I’m a bit worried about her making weight but of course it’s not for me to worry” comments the Finn that is better suited for atomweight. 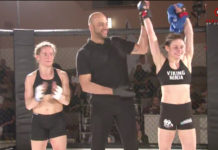