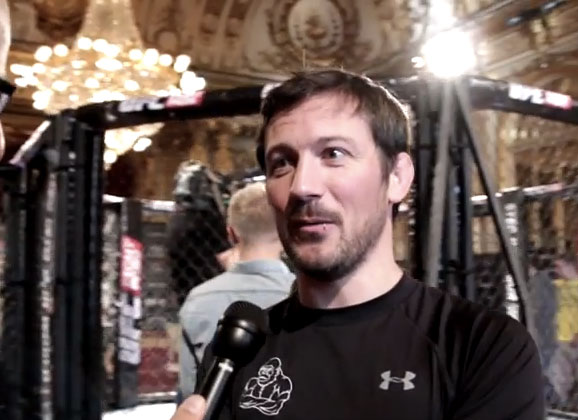 The ‘Godfather of Irish MMA’ John Kavanagh is in Sweden to coach his Straight Blast Gym fighters Cathal Pendred and Gunnar Nelson at this Saturday’s Fight Night Stockholm card.   “I don’t think anything is ever going to match just what that night was to me” says Kavanagh about Fight Night Dublin card, which was a culminating event of a lifetime of work and dedication.

“Improvise, adapt, overcome” explains the coach about his instilled approach to his fighters as they approach their bouts.  Hear Kavanagh talk about his time hanging out with Dana White and easily he can drop in the word “raspberry jackhammer” into an interview –a random word contest with Gunnar Nelson, which was dominated by the coach. Check out the video below.