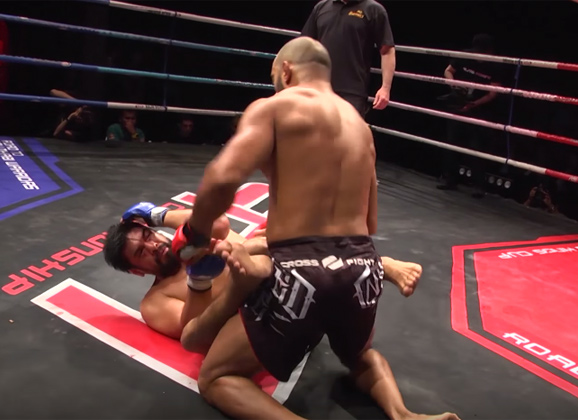 Sweden’s Diego Gonzalez was taken down early, and absorbed punch after punch from France’s Nayeb Hezam.  The referee looked examined the punishment as the ground and pound just rained down on the Prana Jiu Jitsu fighter for the whole first round.  But “the silencer” was not one to give-up, who finished the bout in surprising fashion at the beginning of the second frame.

Check out one of the biggest comeback wins you will see, and a frontrunner for Nordic comeback of the year.

The bout went down last week at Elite Fight Night 1, presented by Abu Dhabi Warriors. It was the semi-finals of the four man tournament.