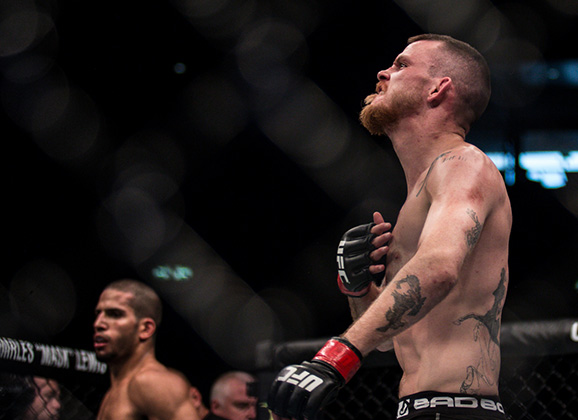 The first phase of Niklas Bäckström‘s UFC career is now over as he recently revealed on the Octagonside Podcast.  The Swede from Luleå had a solid 1 win and 2 loss record, including a $50,000 bonus in his debut and a majority decision loss in his last bout.  While the featherweight vows that his leave from the Octagon is only temporary, we thought we would take an up close look with MMAViking’s photographers Iikka Nikkinen and Daniel Schälander of his battles so far.

Versus Niinimäki at Fight Night Berlin

The Swedish fighter stepped in on short notice to face Tom Niinimäki.  He locked up a bulldog choke for the spectacular finish and was clearly emotional after the victory and earned Performance of the Night bonus of $50,000. 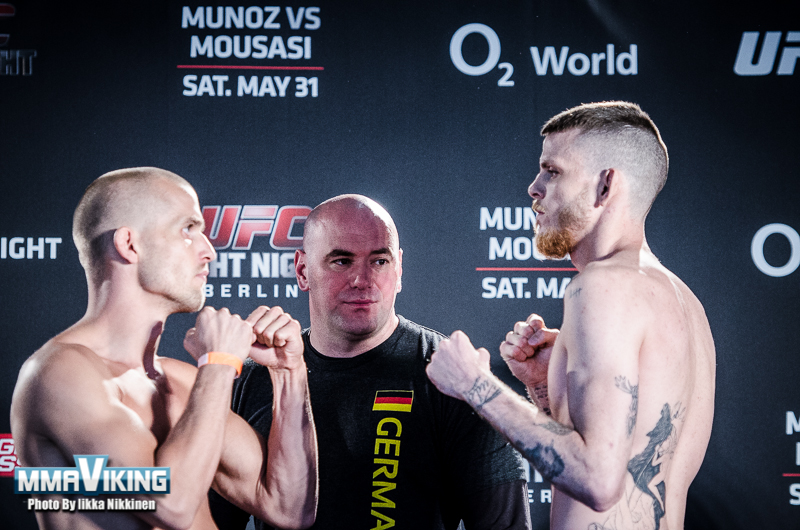 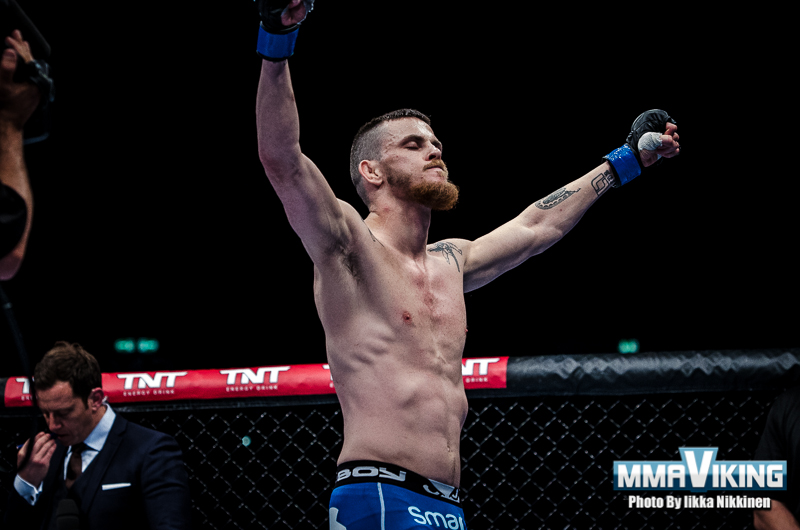 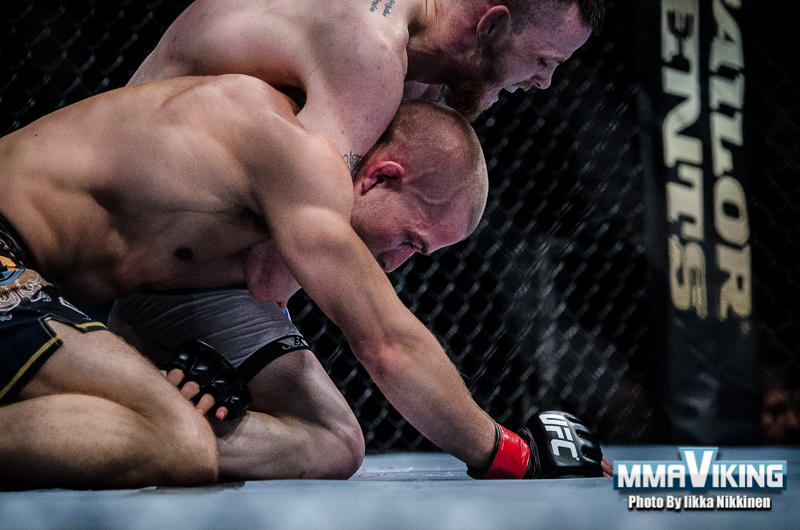 Versus Wilkinson at Fight Night Stockholm

It was a short night for Bäckström who got caught by a big right hand from Mike Wilkinson ending the bout in the first. 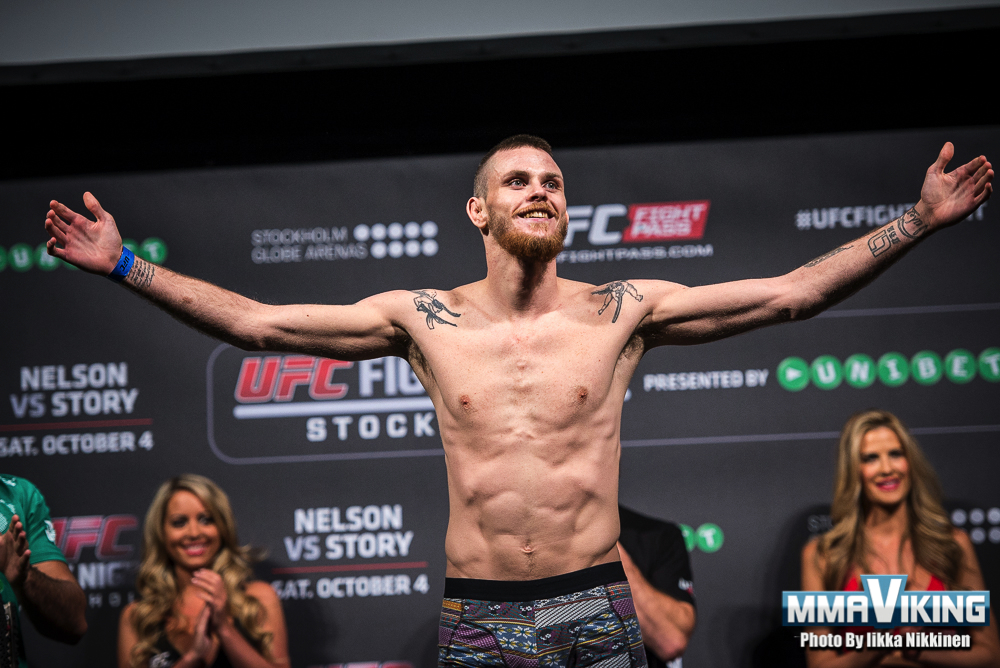 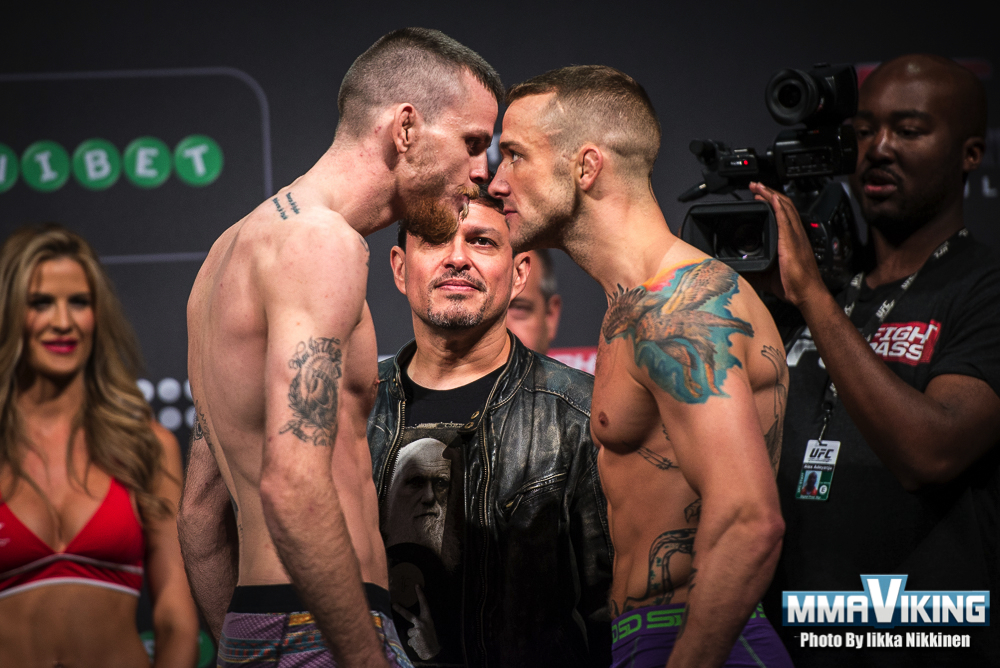 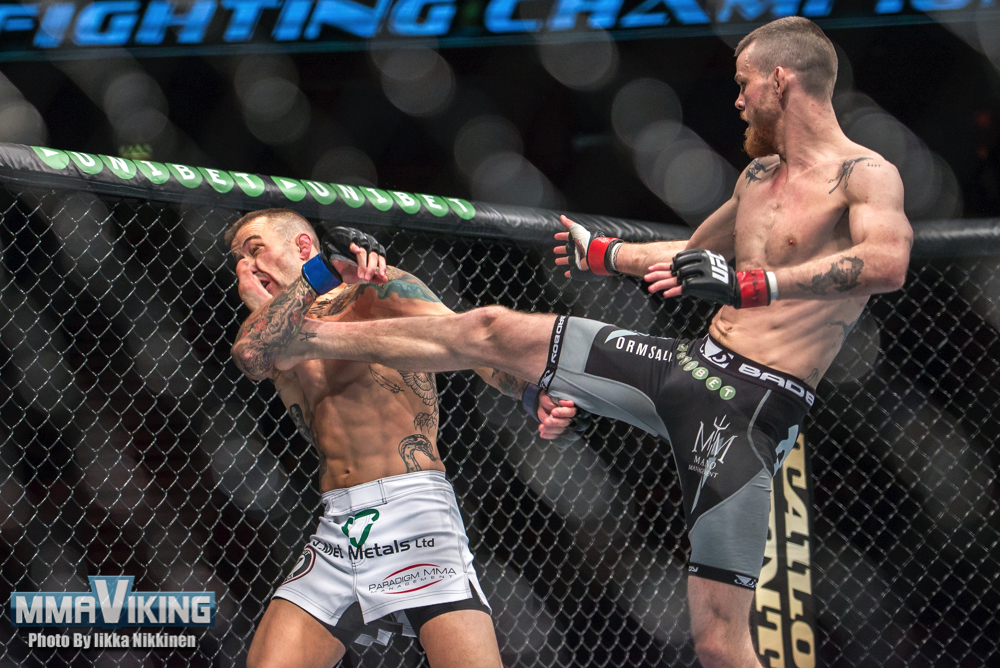 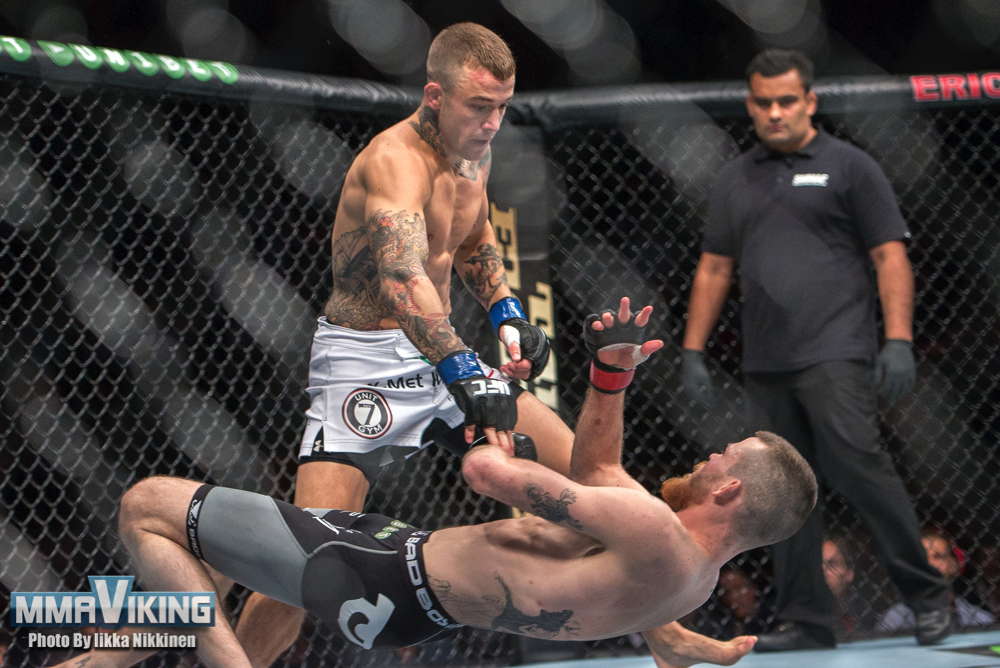 Versus Wilkinson at Fight Night Berlin

Backstrom battled Israel’s Noad Lahat at UFC Berlin. It was a close fight, and the Swede battled back in the third.  The majority decision went against the Allstars Training Center fighter. 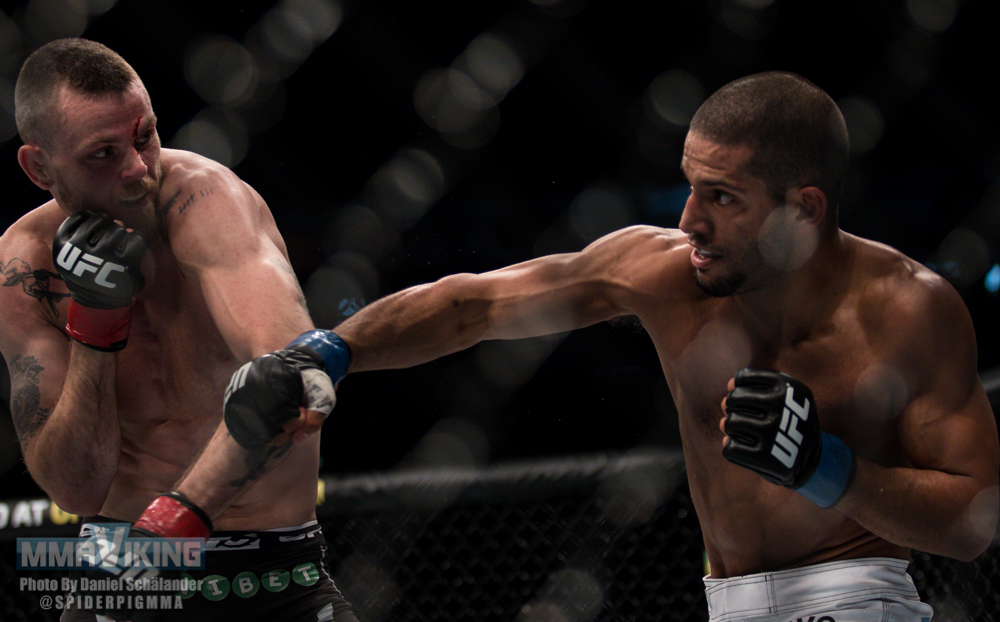 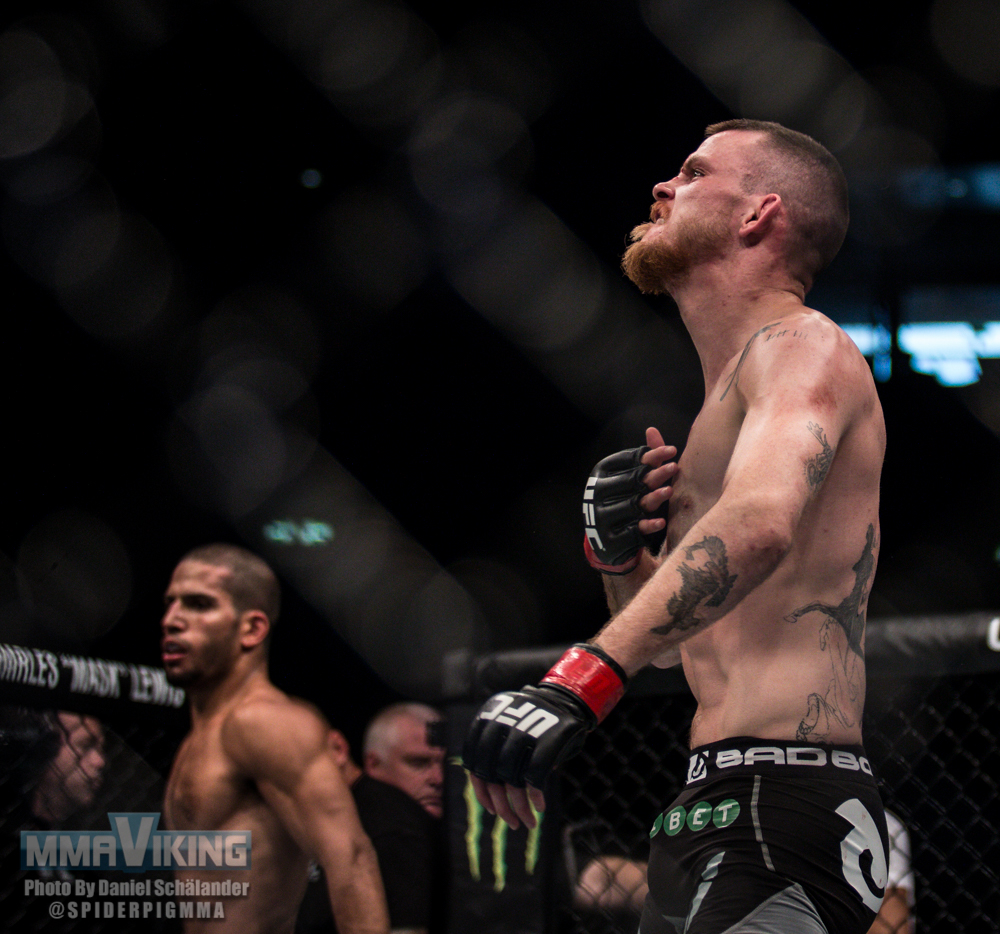