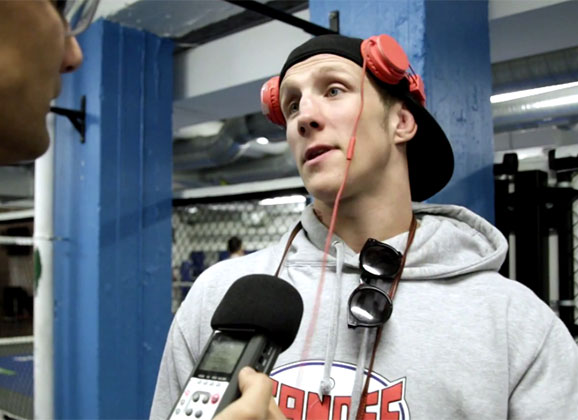 Sweden’s International Ring Fighting Alliance (IRFA) has added to its upcoming card on September 26th the Solnahallen in Stockholm, as prospects Jonatan Westin (#6 ranked Nordic WW) and Sadibou Sy (#4 ranked Nordic MW) will be on the card. Their opponents have not yet been determined. The promotion announced the news today.

Westin trains out of Allstars Training Center and has a 7 win and 2 loss record.  The 25 year old has not fought since he won by TKO over Jack Mason at CWFC 71 last August.  He has notable wins victories over Glenn Sparv and Kai Puolakka.

Sy trains MMA of Pancrase Gym is a high-level striker and has fought 3 times for IRFA.  He has a 3 win and 1 loss record.

The promotion has also put on Sweden based Guram Kutateladze (4-2) versus Frontline Academy’s Joachim Tollefsen (2-0).  The undefeated Tollefsen won bronze at the IMMAF championships in 2014 and has since won two professional fights with stoppages in the first round.

The main event for the promotions 9th event is Zebaztian Kadestam versus Håkon Foss.