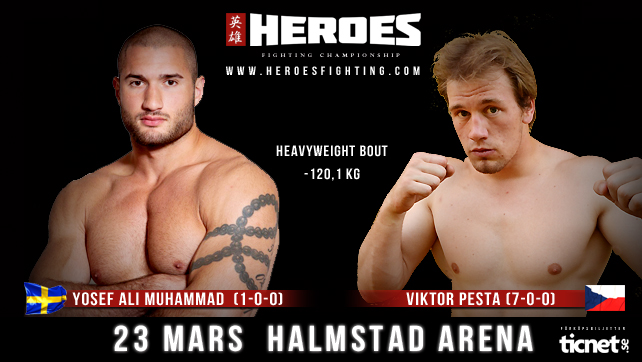 Today Heroes announced that they’ve found an opponent for Yosef Ali Muhammad (1-0-0). Viktor Pesta (7-0-0), 22 years old has been assigned to take on the tank from Malmö. Pesta has an impressive record with seven wins and no losses. Pesta can also be considered a finisher after ending two of his fights via KO/TKO and three by submission. The young Czech fights out of Pesta Gym Prague/Shooter MMA Czech Republic. This looks to be a truly interesting match up that we at mmaviking.com are looking very much forward to.