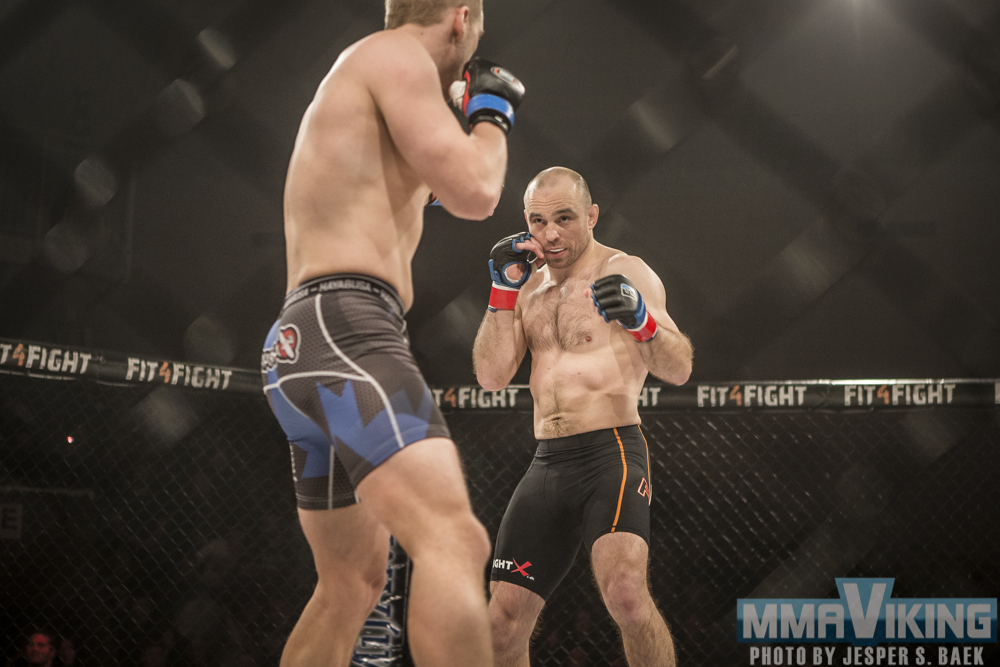 The greco-roman Olympic silver medalist won his three fights by finish in the first round, showing complete dominance and a willingness to throw big punches.  He got a TKO in Round 1 at European MMA 6 in 2013 and a submission at European MMA 9 in 2014. In his last bout, he only needed 24 seconds to finish Swede Matthias Freyschuss (1-1) at MMA Galla 4 in January.

This will be Madsen’s first fight since dedicating himself 100% to MMA. “For a long time I have been dreaming and aspiring to MMA. It has grown bigger and bigger and I know there is an expiration date and I realize it has to be done before it is too late.”

Mark will face “The Arm Collector” that has 17 pro MMA bouts. He has fought for some of the larger European promotions including Cage Warriors and M-1. The welterweight challenged for the Superior FC belt last year, but lost by TKO. He has now been stopped three straight bouts, following a winning streak of 3 in 2016. The Mario Sukata Team member turned pro in 2013.