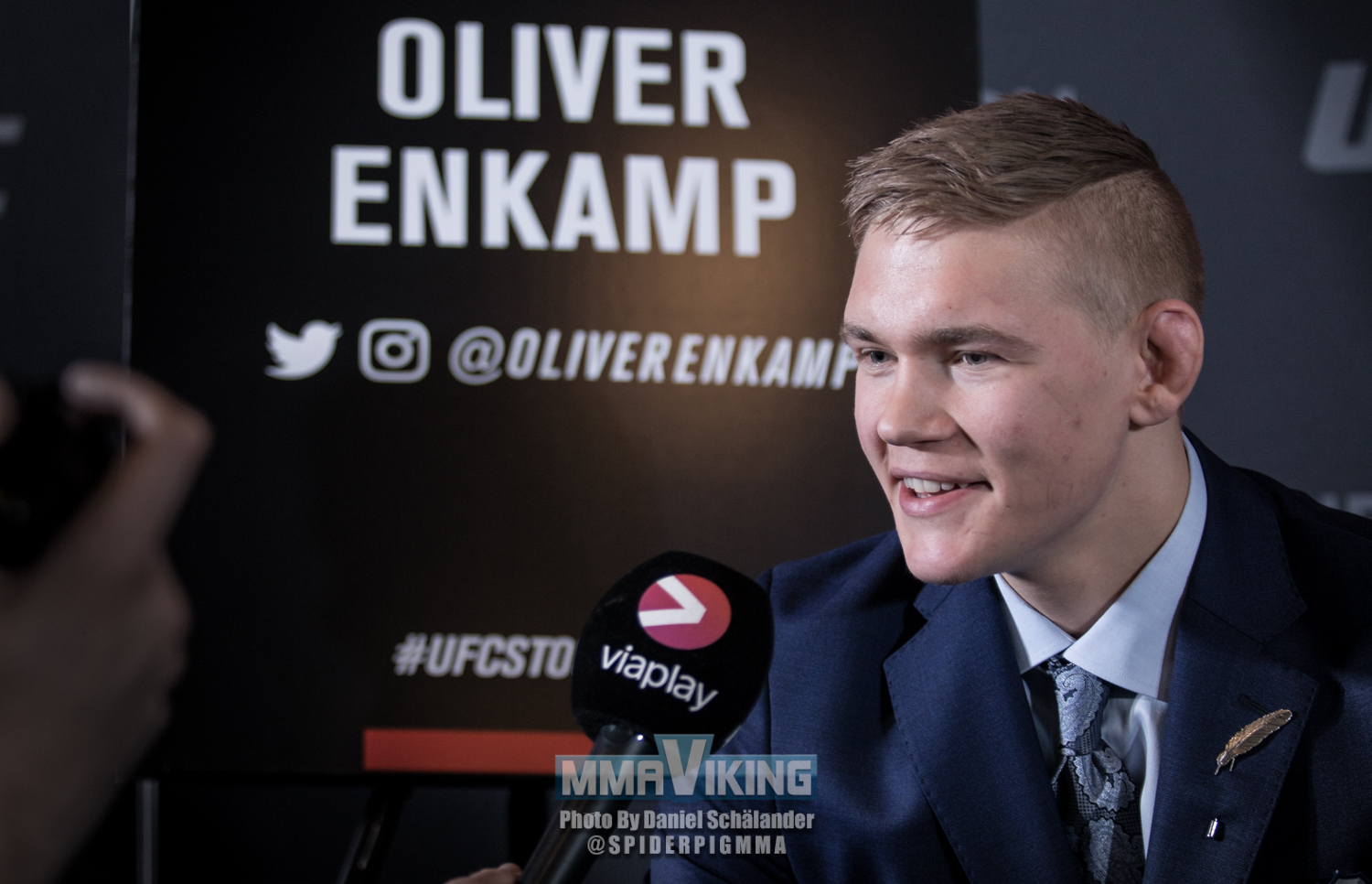 Oliver Enkamp (7-0) is a late replacement for Sunday’s card, but he looks ready to go at media day. “You have to make a good first impression. Since I am in the UFC, we are sponsored by Reebok, so I am representing… making the bosses happy.” says the well dressed Swede in a new suit, but with athletic Reebok socks.

“I was in shock, it was such short notice.” says Enkamp about the call to the UFC to fight the experienced Nordine Taleb. “I said let’s go, lets do this.”

“I am not afraid to fight someone bigger.”

“I am a martial artists, I do this every day. It is a lifestyle. I am always in shape.” says the Pancrase Gym and Combat Academy fighter.

“Speed kills. I am not into big weight cuts.” says the Swede that has recently moved up to welterweight. He will have a huge opponent in front of him as he battles Taleb, who is also a veteran of 6 UFC bouts.

Enkamp will step in for the injured Emil Weber Meek. The 35 year old Taleb has a 4 win and 2 loss record in the Octagon and started off with three straight wins in the UFC. Most recently he lost by unanimous decision to Santiago Ponzinibbio in February. 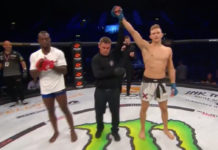 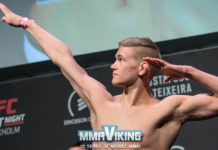 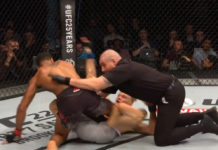 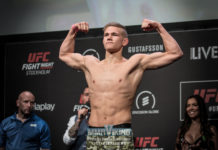