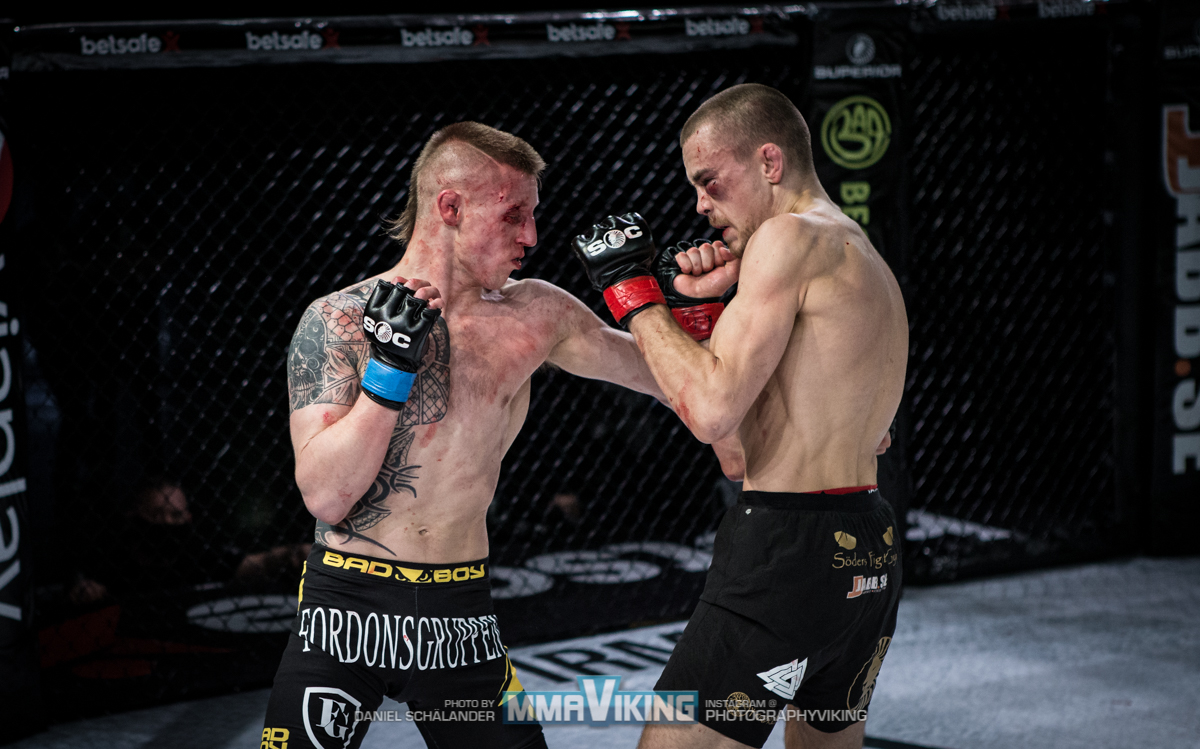 Tobias Harila (8-1-0) and Adam Westlund (3-1-0) lived up to the main event hype in Stockholm, Sweden at Superior Challenge 21, as the two Swedes battled back and forth for every second of the 15 minute main event earning MMA Viking’s 2020 Nordic Fight of the Year award.

“Bad Intention” dropped Westlund in the first round and was looking for a finish, but Adam was not going anywhere. The Söder Fight Gym got the best of the second round, looking for a finish of his own. The fight came down to the last round, where it looked like the length and cardio of the taller Westlund was gaining momentum. A booming left hand changed everything, as Adam was again on his back in trouble. In the end it was a split decision victory for the Västerås Fight Club fighter in an amazing display of both athletes leaving it all in the cage.

Westlund is no stranger to exciting fights, as his bout with Robin Roos at Superior Challenge 20 in 2019 also won the Fight of the Year award.

Honorable mention include the bout between Finn Edward Walls and Estonian Sten Saaremäe that battled for 15 minutes in an exciting back-and-forth main event at Cage 50, with the East Front fighter getting the majority decision win. Amir Malekpour stopped Ilaz Zabeli in a fast-paced, wild two round fight at Fight Club Rush 6 and Elin Öberg vs. Malin Hermansson had a memorable 3-round war at BRAVE CF 38 with the “Amazon” getting the victory.