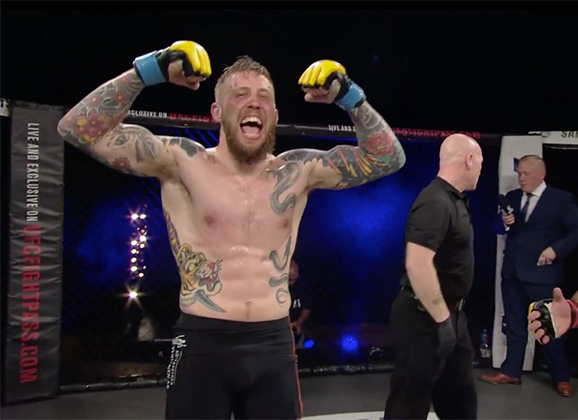 Swede Andreas Ståhl (10-2) was impressive in his Cage Warriors debut last night. The Renyi Fight Camp fighter took on a tough Lewis Long (12-4) but put him away early in the third round after landing a right hand, leading to a left knee to the face, and another one on the hurt opponent before the referee jumped in. 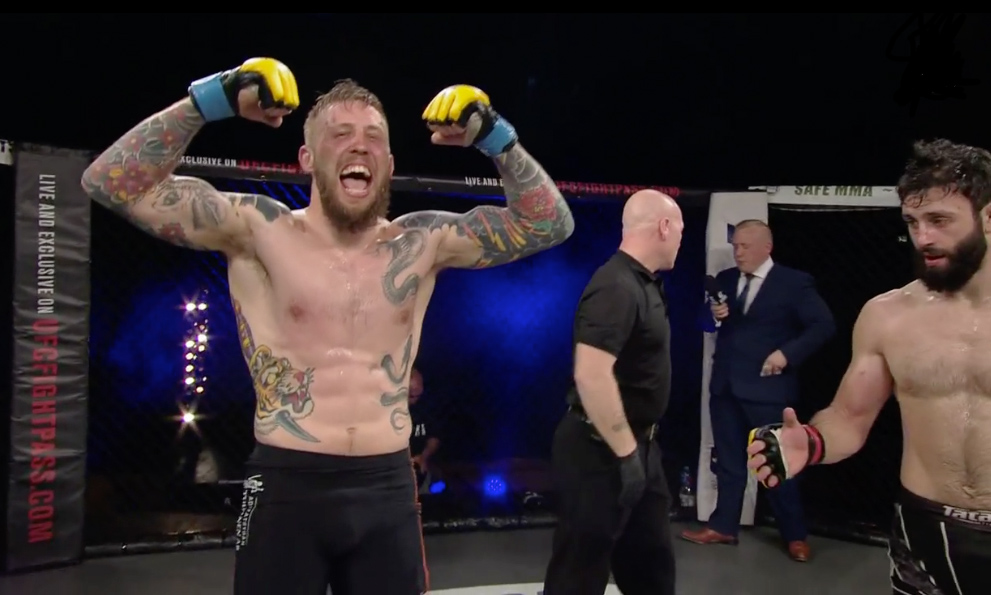 Ståhl exchanged kicks early, and took advantage of a kick from opponent Long as he grabbed it and took it to the ground half way through the first round. When the UK fighter tried to get up, Real Steel picked him up and slammed him to the mat where he kept him for the remaining of the round.

It was more of the same in the second, with the Swede in control until the end, where it was Long landing some huge upper cuts. However, it was Ståhl that quickly swung the momentum back in his direction with immediate offense that hurt Long, and lead to the TKO at 31 seconds into the round.

It was the first win for Stahl since his win back in 2013 over Veselin Dimitrov that got him the UFC contract. The Swede lost both of his bouts in the UFC, but stopped his overall losing streak in Wales in the co-main event of the CWFC 76 card.

Long had won his last five fights. He is a veteran of Cage Warriors, and won at both CWFC 72 and 73 in his most recent outings.  Ståhl moves to a 10 win and 2 loss record.