Oliver Enkamp lost his UFC debut against Nordine Taleb in Stockholm Sunday night, but the welterweight showed he belonged in the big show going the distance with the 7-fight UFC vet on short notice. “The most intense two weeks of my life” says the Swede to MMAViking.com shortly after the bout.

“I had a great time tonight, it was more exciting than I could ever imagine.” says Enkamp that was able to land kicks and take down the Tristar fighter.

The fans welcomed Enkamp with open arms, cheering for the Stockholm fighter as he was announced in Globen. “I almost got a tear in my eye when I walked out.”

Enkamp was given given the first round on one scorecard and many media members. “I felt calm and controlled.”

“If I had a couple more days to prepare, maybe the results could have been different.” 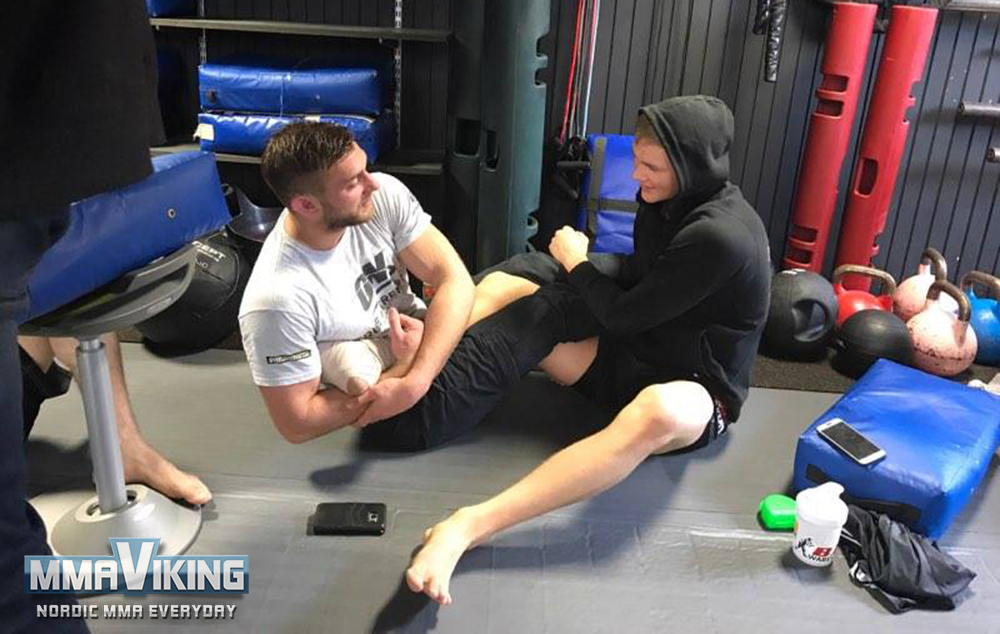 Enkamp got injured at a local no-gi event in Stockholm just before he was asked to be a late replacement on the UFC card. “Don’t go to the grappling competition.” his mother told him every day for a week. “Then I got toe-hold and my foot popped.” says the Pancrase / Combat Academy fighter that