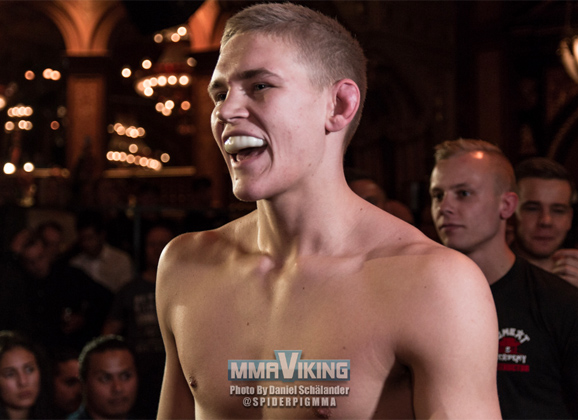 Swede Oliver Enkamp (5-0) wants to get the UFC as soon as possible, and he is doing everything he can to make it happen.  The undefeated welterweight that just one last weekend now has accepted a fight at Superior Challenge 14 on October 8th at the Eriksdalshallen to try and get the attention of the largest promotion in the world.

The fight will take place just three weeks after Enkamp submitted Holland’s Arne Boekee at IRFA 10 in Stockholm.  The Combat Academy fighter used his flashy and effective kicks throughout, but it was a slick armbar / triangle submission that ended the fight in the second round last Saturday night.

Oliver won his fifth straight bout and since he escaped injury free, he is excited to face Rickson Pontes. The Brazilian lives in Geneva, Switzerland, where he instructs in BJJ.  He has 3 wins and 3 losses, and has won his last three of four bouts.