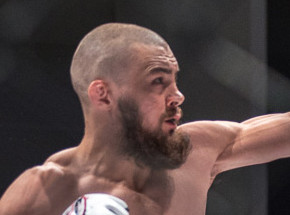 Finn Glenn Sparv has been booked for K-OZ promotion bout on August 22 in Australia in one of his most high-profile bouts of his career as he faces UFC veteran Benny Alloway on home soil.  The “Resurrection” card will feature the bout as the headliner as the two slug it out for the welterweight title.

Its official the K-Oz Welterweight Championship Belt is up for grabs with Australian Ultimate Fighter and UFC Veteran Benny Alloway taking on Finland's Glenn Sparv, out of AKA Thailand, ranked #1 in South East Asia and ranked #5 in the Nordic Region. Can the Viking come to Australia and pillage the title or will the Aussie Benny Blanco take the Vikings horns as well as the Belt? #akathailand #MMA #titlefight #welterweight #boxing #wrestling #finnmma #teddybear #mmaviking #phuket #Thailand

Sparv is now based at AKA Thailand and comes into the bout with an impressive 11 win and 3 loss record. “Teddy Bear” is on a four fight winning streak, and has notable wins over fellow Finns Johan Vanttinen and Kai Puolakka.