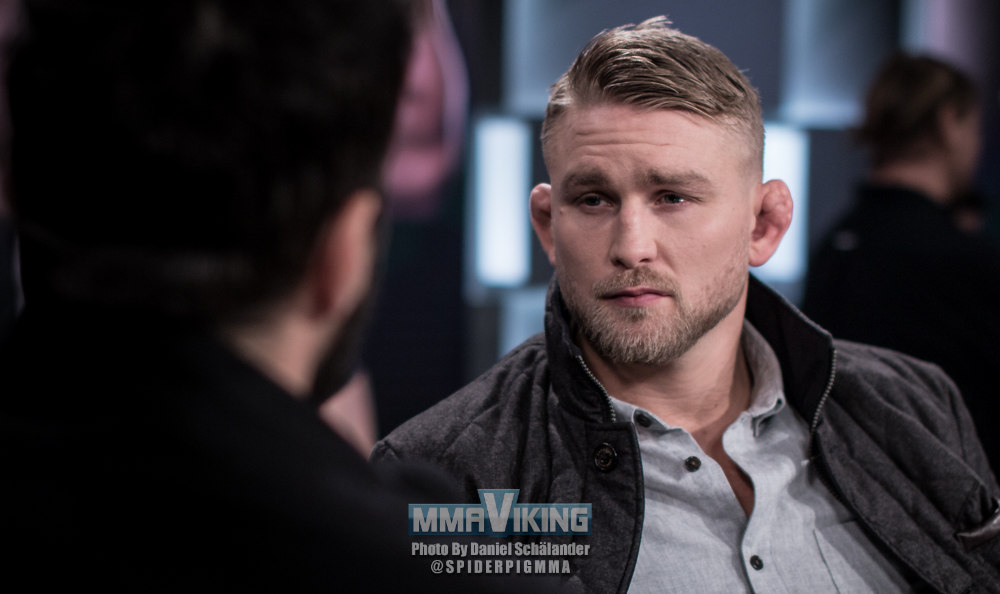 Alexander Gustafsson (17-4) will face Glover Teixeira (26-5) in his hometown of Stockholm on May 28th. “I’m very excited for the fight and the event” says the Mauler to MMAViking.com’s Daniel Schälander immediately after the event and fight announcement at the Viaplay offices.

“It motivates me to win and train harder” says the light heavyweight about performing under the intense pressure of fighting in Sweden again. “It’s the fight I need right now” says the 30-year old about facing the 37-year old Brazilian. “He hits hard and has been in the game a long time.”

“I hope I get a third chance at the title” says Gustafsson that hopes this fight is a way to the belt. The Allstars Training Center fighter is looking to win his second consecutive bout after last September’s decision win over Jan Blachowicz.

Thanks to our friends at Kimura.se that filmed the interview.