International Ring Fight Area is back for another event at Solnahallen in Stockholm. The promotion announced that October 19 will be the next event. 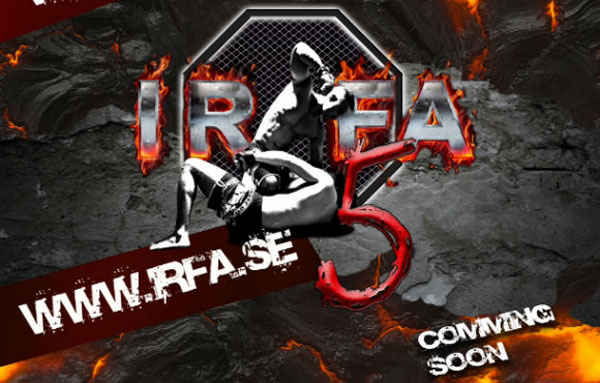 The Swedish based promotion held an exciting card at the same location back in March. IRFA 4 was headlined by Nordic’s top Bantamweight Sirwan Kakai versus Jose Luis Zapater. The card also featured impressive victories by Swedes Carlos Prada, Oliver Enkamp in his professional debut, and Lina Eklund tak.

IRFA was started on Perry L. D. Segerqvist’s initiative with its first event in Uppsala on the 22nd of October 2011 in kick- and Thai boxing. IRFA veterans include Jörgen Kruth, Daniel Teymur, David Teymur, Bodil Frick, and Abbe Joof. The promotion makes it an international event with fighters comimg from a variety of countries such as Norway, Denmark, Poland, Finland, Russia and Lithuania.

There are no matches that have yet been made or announced. Stay tuned for more information and updates.