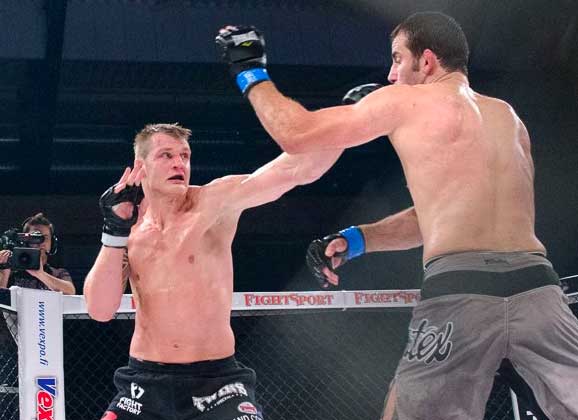 The training camp will take place in Stockholm at the All Stars gym that received MMA Viking’s Nordic Gym of the Year just few ago.

Vänttinen himself is getting ready for a bout also as he will fight in mid February at the Cage 25 against an opponent unknown at the time.

Our content partner FightSport.fi talked to the Finn before he left for Stockholm:

I was invited to join the training camp of Gustafsson and Latifi who will both have fights coming in the UFC. If my own fight goes well and I’m healthy, I will go back to Stockholm after that to help Alex and Ilir finalized their camps. It’s a great chance for me also to focus completely on training. There’s always something going on here at home. Of course Gustafsson is the big star of the gym but Latifi and Magnus Cedenblad are also great sparring partners for me” said the Finn who has had a hard time in finding suitable sparring partners in Finland.

Vänttinen is now on a three fight winning streak, after losing two bouts earlier in 2013. The Finn is ranked #3 in the Nordics, with Latifi ranked #2, and Gustafsson #1.