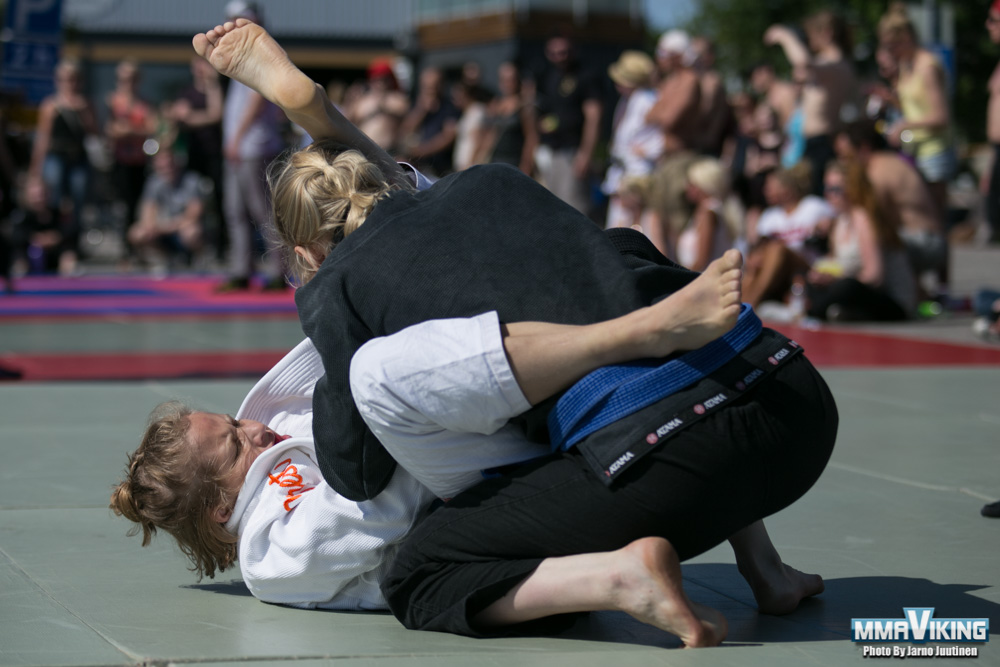 Finnish strawweight Minna Grusander (3-1) now has a chance to compete at the ADCC 2017 World Championships in Finland on September 23-24. “I only had one fight. But I won, that means also that if someone at ADCC Worlds at women’s -60 misses the weight, I’ll be stepping in.” says Brutsku to MMAViking.com.

There are currently 8 women slated for the no-gi event, with four qualified athletes, the defending champion and three invitations.

“The opponent was Anna Jylhä and she got one minus point in the beginning and I ended up just dominating on top, though with no points secured” says Grusander.

The 2015 IMMAF Amateur World champion returned to winning ways in her MMA career April at FNF 14, stopping Tiia Kohtamaki in the third round in Turku, Finland. She turned professional after winning the IMMAF 2015 World Championships in Las Vegas and has one sole loss, at Pancrase 284 against unbeaten Japanese strawweight Syuri Kondo. Her pro MMA record is 3 wins and 1 loss.