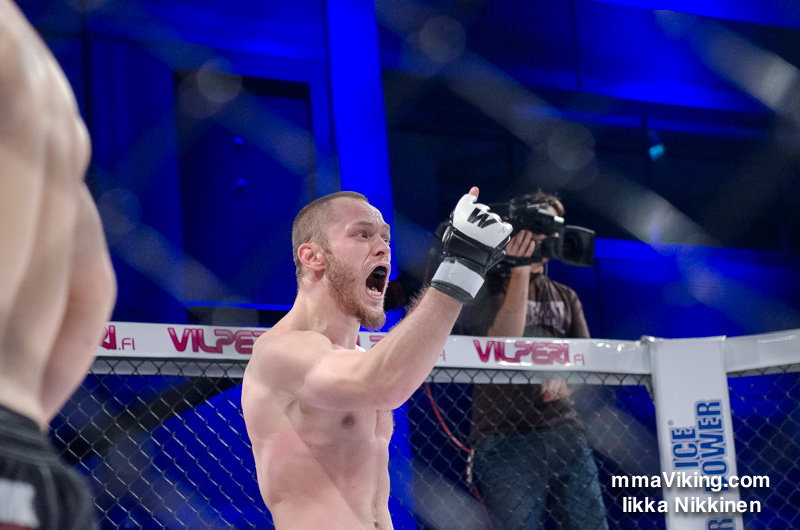 NFC will look to follow-up their debut ‘Helsinki Fight Night’ with a move to Turku, Finland for their second outing. The promotion will put on NFC Fight Night 2 at the Gatorade Center on May 27th with Timo-Juhani Hirvikangas headlining against a to-be-determined opponent.

Tipi has won 9 of his last 11 bouts dating back to 2011.  The FinnFighter gym fighter has been busy with boxing matches, but will look to rebound in the MMA cage following a split decision loss in his last outing at GMC 9 in November.

Veterans Toni Valtonen (27-15) and Niko Puhakka (29-18) have also been announced for the card.  Valtonen returned at NFC 1 after a three year layoff to squeek out a win in a split decision last May.  Puhakka also won a split decision in the same event, his only win in his last 6 attempts.

The most active pro Finnish female fighter Suvi Salmimies (6-3-1) is back in action, riding a three fight winning streak. The MMA Utti fighter had here last 8 fights with the CAGE promotion, but breaking out for this bout with NFC.

The Amazing Olli Santalahti (4-2) is back in action and the Finn is looking for his fifth straight win following his Turku Fight 7 Suloev Stretch victory earlier this month.

Daniel Forsberg (4-2) and Hannan Housmand (1-0) is also scheduled for the card.

The promotions first event went down last May, and included may fighters planned for this card, including Housmand, Puhakka, and Valtonen.

No opponents have been announced for opposition against the Finnish line-up.