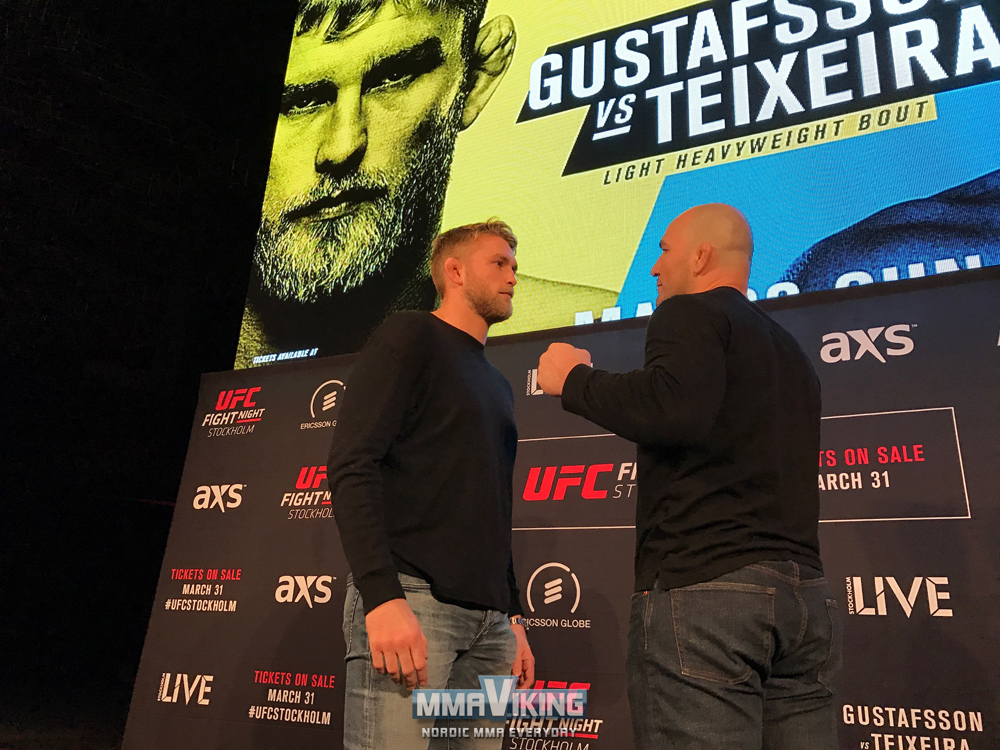 The UFC is coming to Stockholm’s Ericsson Globe on May 28.  Below is all the ticket information you need, as provided by the UFC.  If you want to buy tickets starting today at 10:00 Stockholm time, try using code STOCKHOLM or UFCSOCIAL when going to the AXS website. 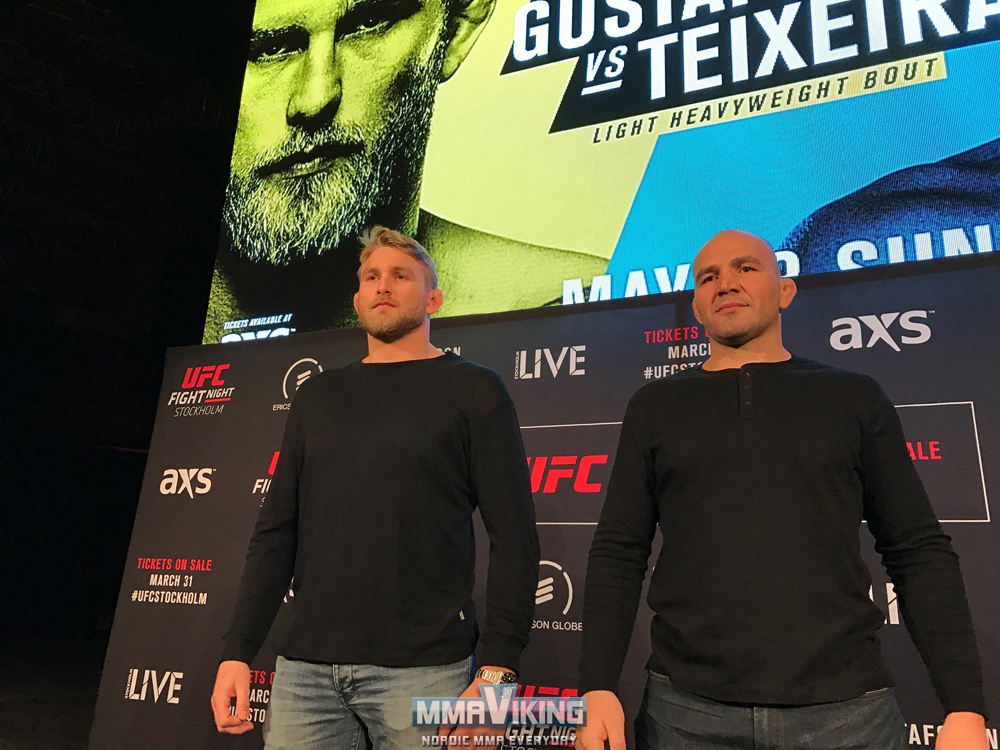 Rapid sell out expected as UFC® returns to Stockholm

London, UK – Tickets to the highly-anticipated UFC FIGHT NIGHT®: GUSTAFSSON vs. TEIXEIRA, which takes place on Sunday, May 28 at Ericsson Globe in Stockholm, will go on sale on Friday, March 31 at 10:00 a.m. CEST.

Following widespread demand from fight fans in Sweden, UFC announced its return to the region earlier this year. This will be the fourth time the organisation has brought a live event to the Swedish capital, the most recent in January 2015, saw 30,000 fans fill the Tele2 Arena, setting a record for the highest attended UFC event in Europe. 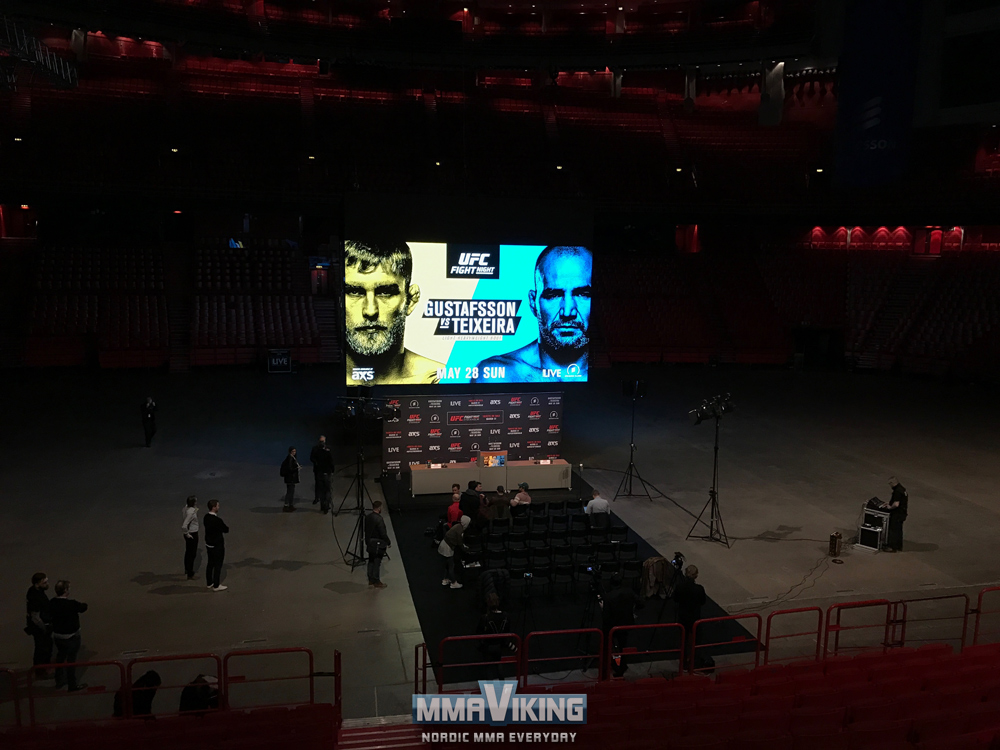 Fans in attendance on May 28 will witness an unforgettable night of MMA action, culminating in a five round light heavyweight bout between Sweden’s own Alexander Gustafsson (17-4; fighting out of Stockholm, Sweden) and Brazil’s Glover Teixeira (26-5; fighting out of Danbury, CT, USA).

Ranked at No.2 and No.3 in the UFC’s 205lbs division respectively, both men have their eyes firmly set on the light heavyweight title and will be looking to put on the performance of  a lifetime in this title eliminator.

UFC FIGHT NIGHT®: GUSTAFSSON vs. TEIXEIRA also features another light heavyweight bout set to excite fight fans around the world, as top prospect Misha Cirkunov (13-2; fighting out of Toronto, Canada) makes his return to action against Volkan Oezdemir (13-1; fighting out of Coconut Creek, FL, USA). No.9 ranked Cirkunov burst onto the UFC scene in August 2015 with a first round knockout over Daniel Jolly. Now with four back to back wins inside the Octagon, the Latvia-born fighter will be looking to make it five in the row and establish himself as a future challenger for the 205lbs title. Standing in his way, however, is No.6 ranked Swiss Oezdemir, who announced his arrival to the UFC with a win over favourite Ovince Saint Preux in February of this year.

Tickets can be purchased via AXS at:
http://www.axs.com/se/events/332879/ufc-fight-night-tickets/promopage/8072?skin=stockholmlive