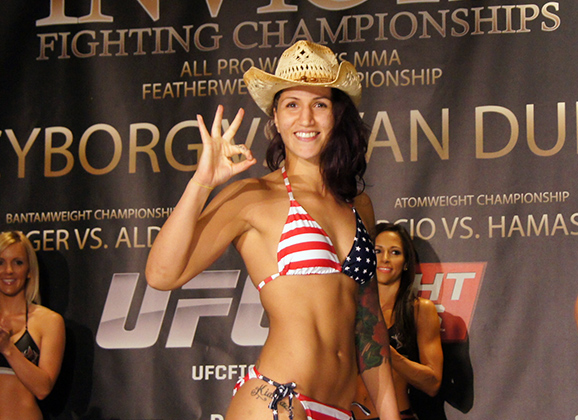 The main event was supposed to be ehadlined by Alexa Grasso and Livia Renata, but that event is now postponed due to injuries, which opened up the opportunity for this new title main event. The fight as usual will take place at the Municipal Auditorium in Kansas City, Kansas.

#InvictaFC14 gets a new headliner with @tonya_evinger vs. @panniekianzad! Grasso has been forced out of the card due to injury and her bout with Strawweight Champion Souza has been postponed!

Kianzad won’t be the only Nordic fighter on the card as strawweight Finn Katja Kankaanpaa will attempt to get back to her winning ways against undefeated DeAnna Bennett on the September 12th card.

The Rumble Sports fighter is undefeated at 8 wins and 0 losses. She is only 23 years old, while Evinger is 34 yearäs old and comes into the bout with a record of 16 wins and 5 losses.

The fight will be streamed live on UFC’s Fight Pass.