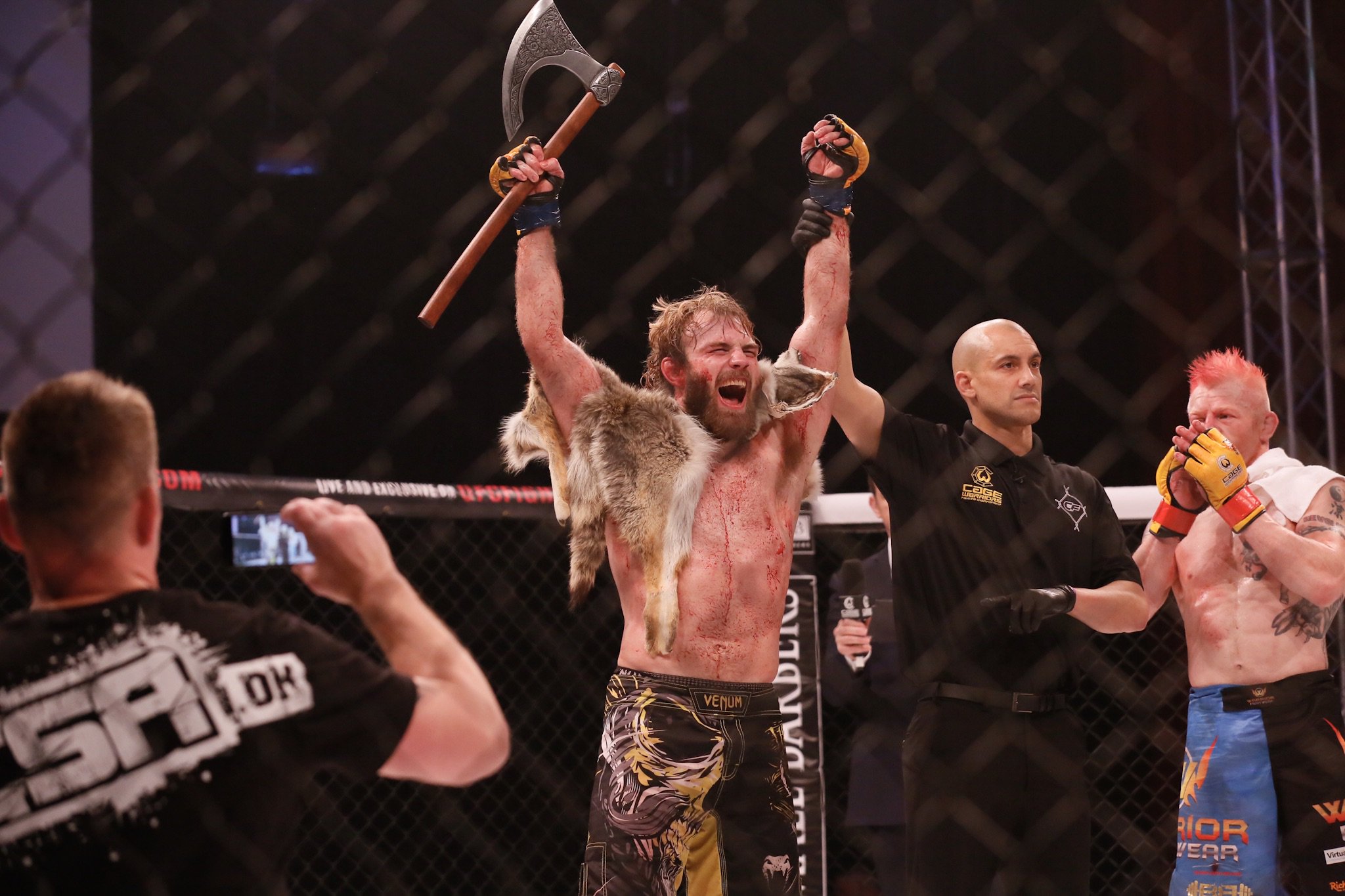 Dane Soren Bak (8-1) dominated Scott Clist (11-3) at Cage Warriors 83 in Newport, Wales on May 6.  The “True Viking” wasted no time in making a name for himself in European’s biggest promotion.

In the co-main event Bak took down the Englishman, then softened him up with elows to the head.  Bloodied and beaten, the CSA.dk fighter put on a body lock and landed more punches in a dominant display in the first.  After avoiding punches in the second, the Dane took the 39-year-old back down and stayed there.  In the end it was all Bak with the takedowns and control, in a dominant display over 15 minutes giving him a unanimous decision.

The 24-year-old Back suffered his first loss last October to Finn Aleksi Mantykivi. “This is not a lesson taking lightly,” said the CSA.dk fighter that is now back on track.  He brings his overall record to 8 wins and 1 loss.