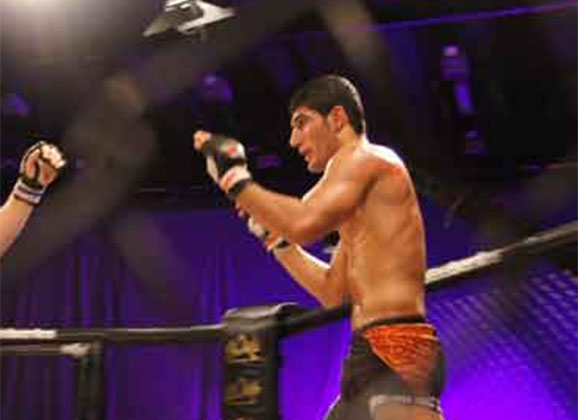 The Grand Combat Entertainment promotion has added a Swede to the card.  Gothenburg’s Rami Aziz (4-2-0) will face MFC/Team East Front Jaakko Väyrynen (6-4-0) on the promotions first even on December 14th in Salo, Finland.   “It’s a good fight for me. I like to fight this kind of fighters.” says Aziz to MMAViking.com.

“It will be a good fight.” says Aziz who is now on a three fight winning streak.  Most recently, the 22 year old featherweight beat Brian Hool at last month’s The Zone FC 12.

“I have my training camp at GBG MMA with coach Joakim Engberg and sparring partners Sirwan Kakai, Rafael Macado (BJJ black belt), Domigos Mestre and other good fighters in GBG MMA.” says Aziz about his preparations.

Jaakko Väyrynen is looking to get back on the winning track.  The Finn was on a three fight winning streak until running into Swede Niklas Backstrom at Lappeenranta Fight Night 9 last month.

The big headliner of the night is the lightweight match up between UFC vet Anton Kuivanen and Oriol Gaset of Spain.