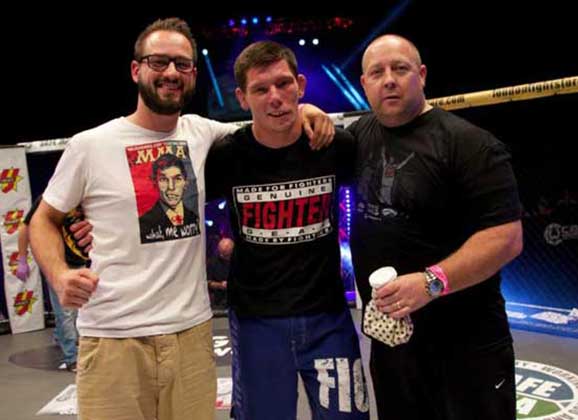 “For the fans it’s a great thing” says Dane Tue Trnka, Cage Warriors Fighting Championship’s new Head of Operations in Scandinavia. Trnka discusses the promotion’s expansion into the Nordics and its debut event for its 66th card, which takes place at Copenhagen’s Ballerup Super Arena on Saturday, March 22, 2014.

“I conduct business and I deliver results” says the CW executive that is also head of Rumble Sports. Trnka talks about why joining Cage Warriors made sense in terms of a TV exposure and getting young fighters much needed fights and exposure. “Cage Warriors is all about the sport of MMA, pure sport, and I like that” continues Trnka. See the full video interview released by Cage Warriors today.