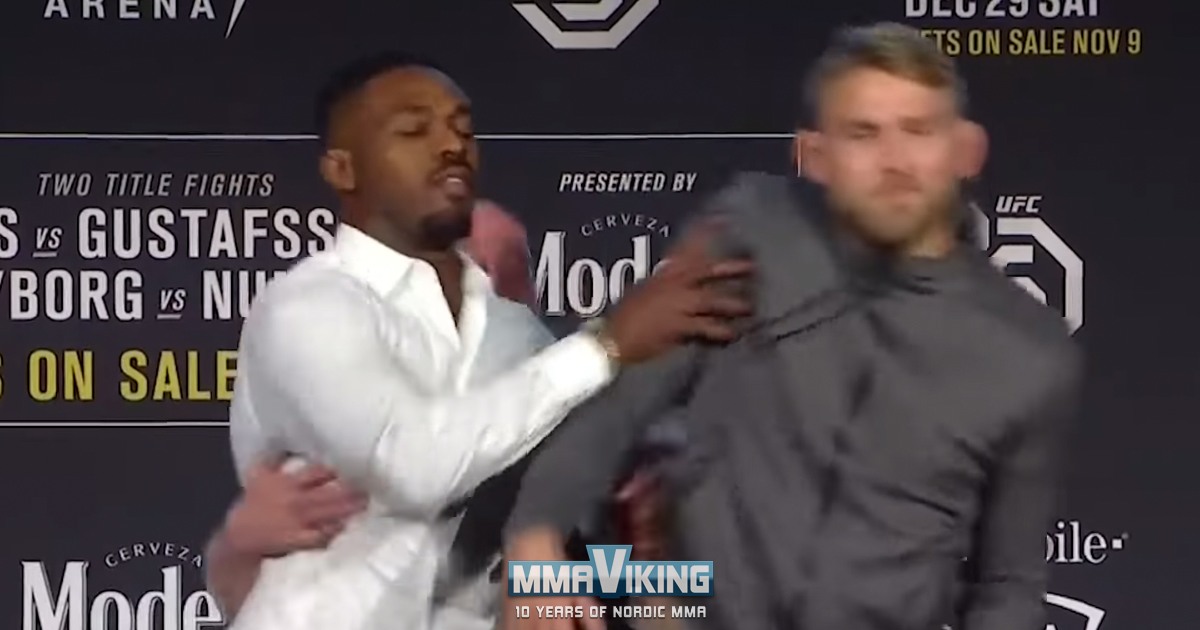 After their UFC 232 press conference in New York City on Friday Jon Jones pushed Alexander Gustafsson at faced offs.  The Swede did not back down at the press conference prior saying he beat Jones once, and will do it again.

The Jones-Gustafsson rematch will be for the vacant light heavyweight title at UFC 232 on December 29 at the T-Mobile Arena in Las Vegas.