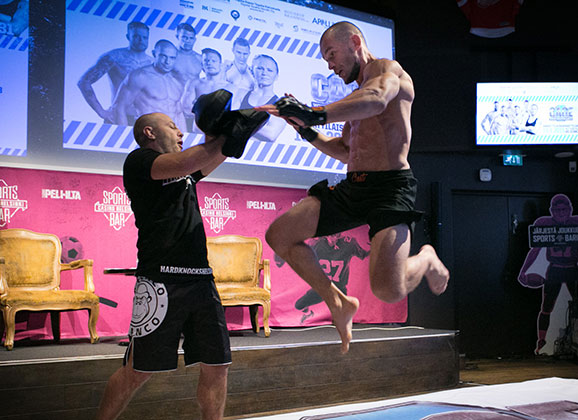 CAGE 33 is less than three weeks away and will following-up the excitement of their recent CAGE 32. The promotion today announced their solid 7 fight pro MMA card at a press conference and open workout at the Casino Helsinki. Each fight will have a Finn battle international talent. 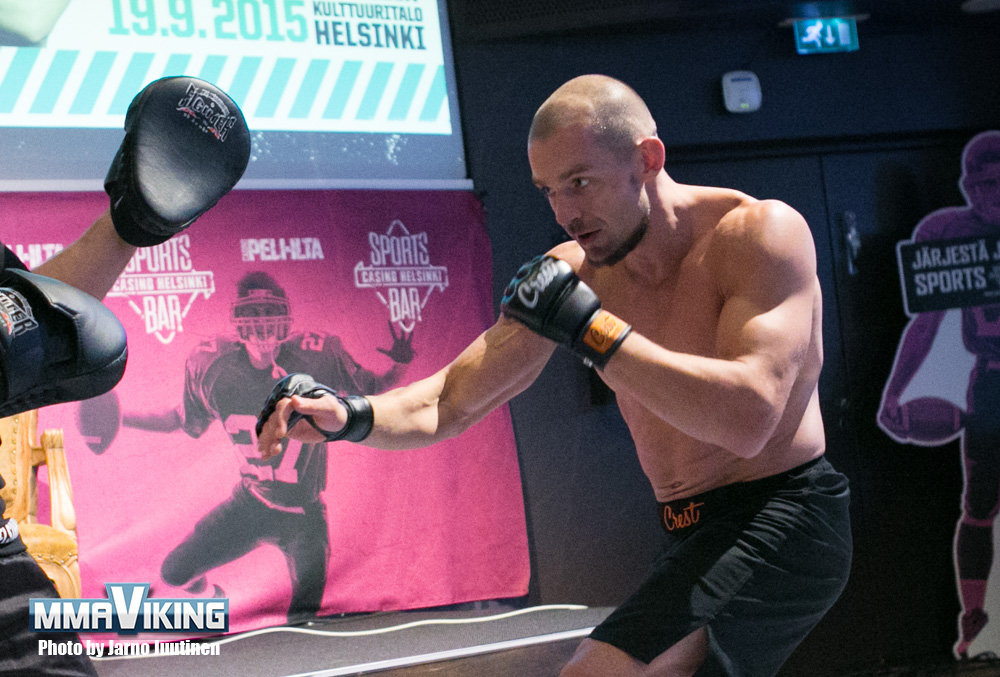 UFC vet Anton Kuivanen (23-8) will headline the card in a title fight against undefeated French fighter Thibault Gouti (10-0) at the usual Helsinki Culture House on November 21.

Not to be overlooked is solid Brazilian opposition from Finns Janne Elonen-Kulmala (12-4) and Mikael Silander who are looking to gain further attention in Europe for the improving games.

‘Jamba’ is on an impressive 8 fight winning streak and has finished has last two opponents, including his CAGE 31 von flue choke in September. The bantamweight will face a 16 win and 4 loss Orestes Betran.

The ‘Hulk’ should be on a 5 fight winning streak, but he was robbed by judges at his last outing at ACB 20. Silander will fight a 14 win and 1 loss fighter in Pedro Souza.

Fan favorite Aleksi Nurminen is back to face Russian Aziz Stringer, while his previous opponent he beat in Swede Jonathan Svensson will try his luck with Finnish grappler Mikael Nyyssönen.

Suvi Salmimies (3-2-1) won’t be singing in the cage as she did at the last CAGE, but fighting. The 30 year old will try and end her two fight losing streak against a 5 win and 3 loss Polish fighter in Izabela Bdurek.

Saku Heikkola will start off the card against Mikolaj Rozanski.