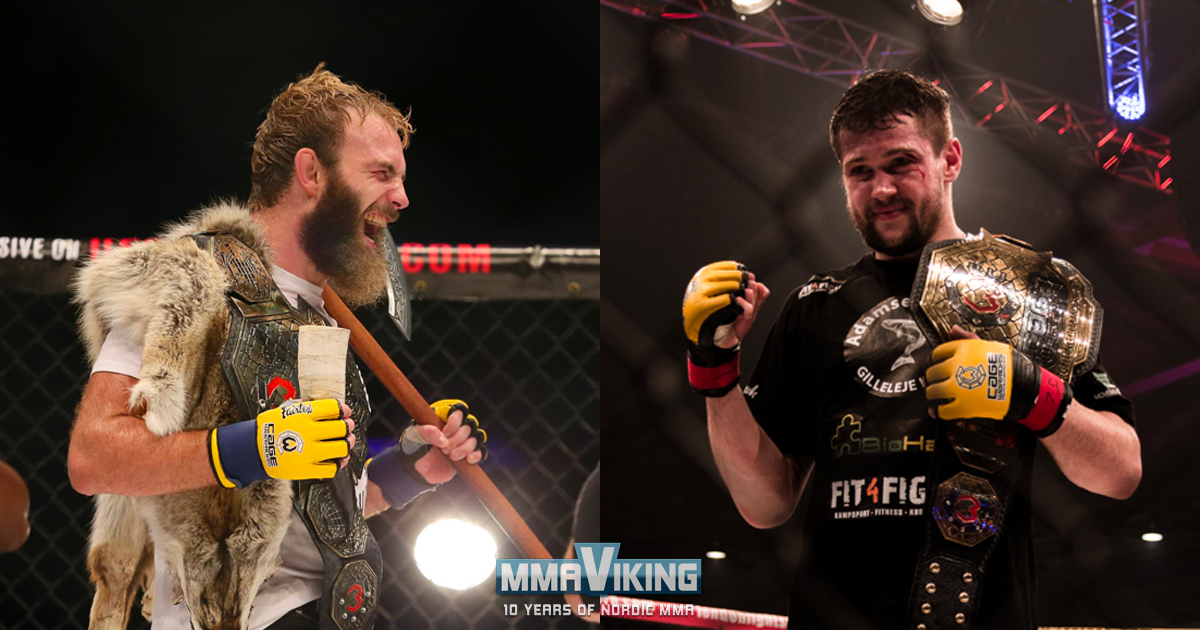 Cage Warriors 103 has been both downgraded a little and upgraded a lot with the recent updates to the card. Lightweight champ Søren Bak (12-1) was looking to take the Cage Warriors Featherweight belt away Dean Trueman, but with the Englishman pulling out, the “True Viking” will now face Morgan Charriere (13-6-1) for the interim title.

Bak has been on an impressive run since joining Cage Warriors with four wins in four fights and will be looking to become “champ champ” with a win in his backyard. Charriere will be making his Cage Warriors debut.

Two belts will be on the line as Nicolas Dalby will also fight for an interim belt in his bout versus Alex Lohoré for the Cage Warriors Interim Welterweight Title, with the winner advancing to a fight with current champion Ross Houston to unify the belt.

On the main card Mark O. Madsen (6-0, #8 Nordic WW) will face his most experienced opposition in Frenchman Thibaud Larchet (12-4-1).

Another UFC vet Burnell (9-3, #2 Nordic FW) also recently signed with Cage Warriors and has already notched his first win in his promotional debut at Cage Warriors 99. The Danish fighter submitted Lukasz Rajewski (8-4) with a rear-naked choke in the first round over the over-weight featherweight in Colchester, England. Burnell will face Ahmed Vila to kick-off the main card.

Check out the updated card that includes an explosive matchup between Andreas Gustafsson and Ismar Blagoje. Bak’s teammate at CSA.dk Danny Mathiasen is also added to the card and looks to continue his unbeaten streak. The promotion tells MMA Viking that a few more bouts may still be added.

The event on March 9 at the K.B Hallen is sold out.