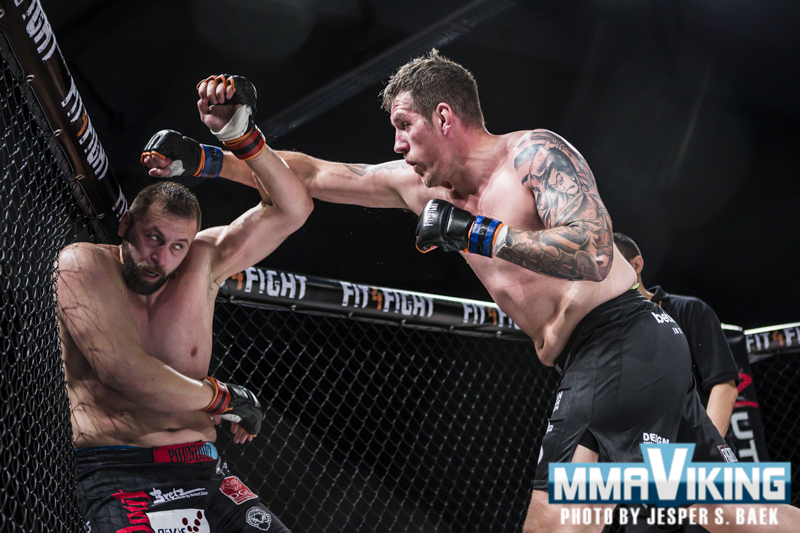 Christian Colombo (8-2-1) will now face Marcelo Golm (4-0) after the fall out of original opponent Carlos Felipe (8-0) was flagged by USADA. “Godzilla” will remain on the UFC Fight Night 119 card in Sao Paulo, Brazil. MMA Brazil / MMA Fighting broke the news for the October 28 card.

After a draw with Jarjis Danho in his debut last September, the heavyweight lost to Brazilian Luis Henrique de Oliveira last November.  The Dane sees the upcoming bout as a “do or die” situation.

The csa.dk fighter was re-scheduled to face Polish fighter Damian Grabowski (20-4) at the UFC on FOX 25 in Long Island card on July 22, but the Dane pulled out due to a knee injury.

Golm is 25 years old and fights out of Corinthians MMA.  The Brazilian has stopped all four of his opponents by KO/TKO in the first round, most recently in July with an 18 second KO.  This will be his UFC debut after fighting on local shows in Brazil.

The card is headlined by former champion Lyoto Machida taking on Derek Brunson.