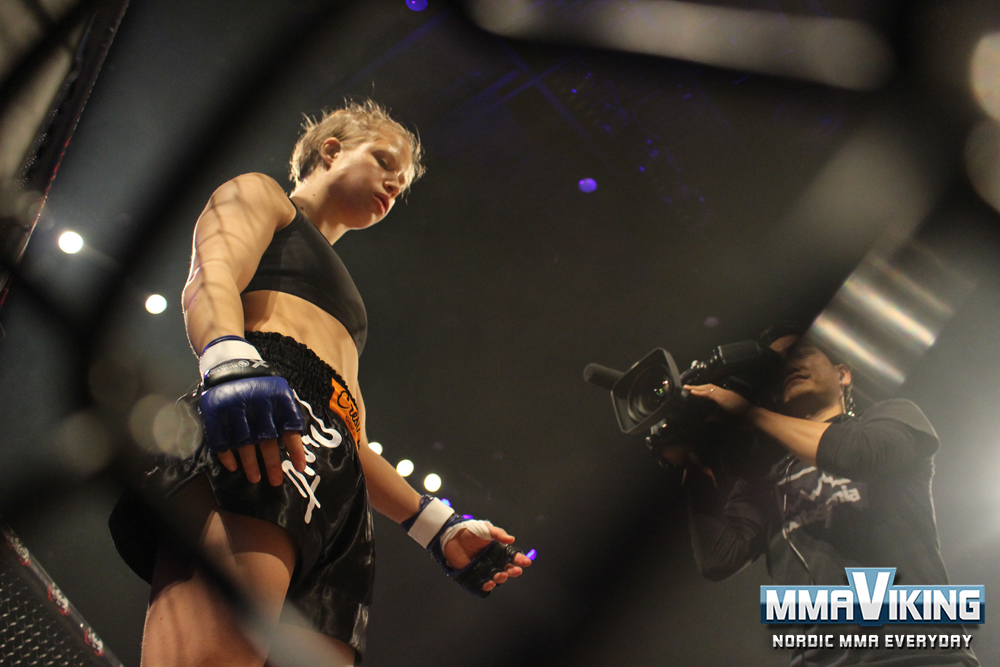 FinnFighters Gym’s Minna Grusander (2-1) revealed a broken hand via social media. “Yep, I felt it pretty early on in the first round” says “Brutsku” that continued to battle a full 15 minutes against Japan’s Syuri Kondo (4-0) in the headliner at Pancrase 284 in Tokyo over the weekend.

The IMMAF Amateur World Champ was scheduled for a quick turnaround on March 11 against Ukrainian Elena Belaya (0-2) at Turku Fight 7. “I had to call off the bout” says the fighter to mmaViking.com. “But, I will be back for FNF 14 in May.”

Finish vet Jerry Kvarnstrom (11-9) is expected to take on Silvester Saba (3-4) for the Turku Fight Featherweight Championships in the headliner.

Finn Miko Kuronen was scheduled to take on Kai Karar, but Kuronen has been taken off the card due to a knee injury. He hopes to be able for Turku Fight in November.

The feeling when you have three fights booked and break your hand in the first round of the first fight… pic.twitter.com/xAZ536CYX6

The other pro MMA bouts that remain intact on the card are Olli Santalahti (3-2) versus Ukraine’s Sergeev in a welterweight bout. The promotion also added a 73 kg bout between Finns Volodymyr Holobiev and Toni Lampinen.

The card is also filled with Muay Thai, boxing, and amateur MMA bouts.