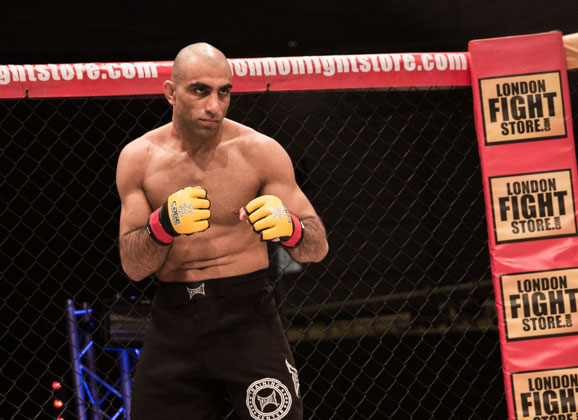 Norway’s Mohsen Bahari (8-2) was looking to start a new winning streak on March 21 at the Copper Box Arena in London, but the whole Cage Warriors 75 card has now been postponed. When news broke out yesterday that Graham Boylan has stepped down as CEO of the prominent European organization, many wondered what would happen. Today, Cage Warriors gave an update on the situation, and it wasn’t going to be business as usual.

“While we focus our efforts on the search for a new CEO, we have taken the decision to postpone the event which was scheduled for the Copper Box in London on March 21st. A new date for this event will be announced in due course, and the patience of our loyal fans is appreciated.” read the press release outlining the short term decision.

Cage Warriors organization is full of Nordic fighters, including champions, including Nicolas Dalby, Pannie Kianzad, Jack Hermansson, and Toni Tauru.  However, the only fighter impacted on the only planned card of 2015 is Mohsen Bahari, who was set to take on Englishman Jake Bostwick (15-8).

“All contracted athletes will also be granted a one-fight exemption from their Cage Warriors deals to compete for another promotion in the meantime.” was also outlined in the press release, which could open up possibilities for the Nordic fighters under contract during this time of uncertainty from Cage Warriors.  Stay tuned.