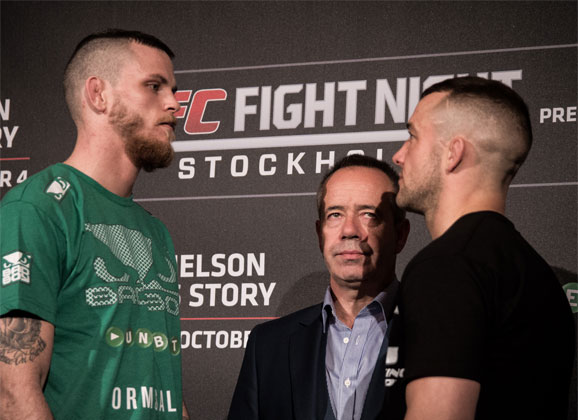 Fight Night Stockholm has one bout with bad blood, and Niklas Bäckström (8-0-1) and Mike Wilkinson (8-1) aren’t hiding it. “Relax you aren’t Ilir Latifi” is what Bäckström thinks as he sizes up his UK opponent that is trying to intimidate the Swede. “He’s a perfect height to catch his chin and knock him out” says Wilkinson in his prediction of finishing the fight. The Norrland fighter is set on bigger and better things, and says he won’t stop until he gets a statue build in his home town of Luleå for his accomplishments. Check out the two pre-fight interviews below with MMAViking.com at media day.