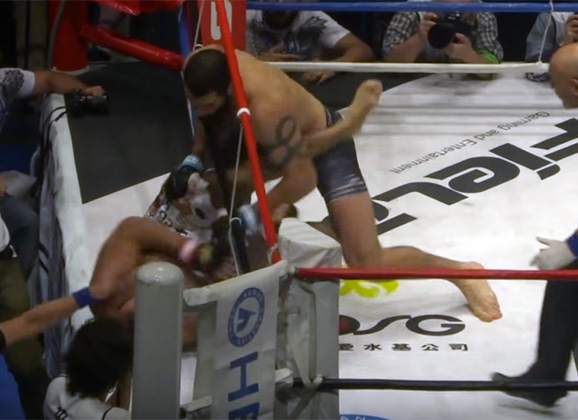 The bout had two long break in the action, and just after the second it was the heavy punches that got the best of Mohammad that went down swinging.  Check out the full fight here.