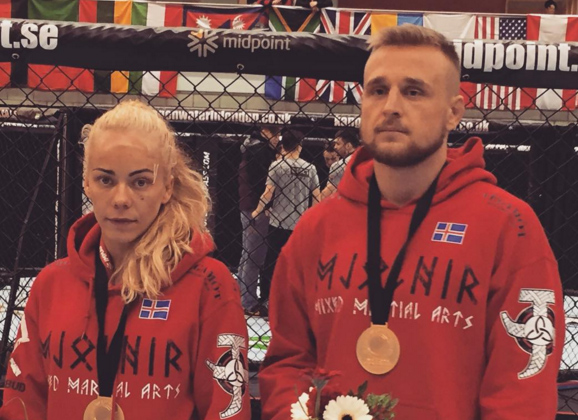 It was time for the Nordic countries to shine and show their upcoming talent.  The vikings brought home a total of 21 medals including 7 gold, 7 silver and 7 bronze medals.  The IMMAF European Open Championships of Amateur MMA was a first of its kind, following two prior world championships in Las Vegas.

19 countries in all participated, and of the 13 gold medals awarded in total at the three-day event ending last Sunday.  Finland topped the list with Varpu Rinne and Sanna Merta earning the heavier weight classes for women, and Featherweight Abdul Hussein capturing the 135 lbs title. In Iceland’s first event with their competitive team, it was Sunna Rannveig and Bjarki Palsson that were impressive all the way to their final victories.

Sweden’s Joel Moya Schondorff, who is not stranger to the IMMAF podium, and Rostem Akman, earned gold for Sweden.  Denmark did not send a team this year, and while Norway started the event strong, took home two silvers and two bronze medals.  See the full medal count below.