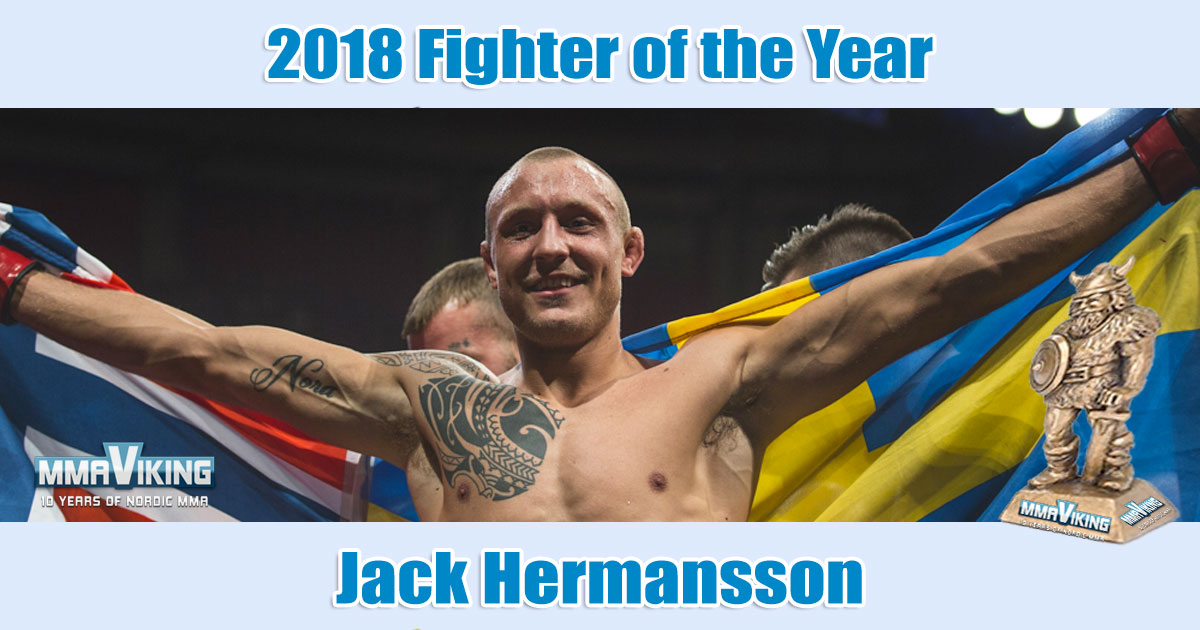 In May, Jack broke his rib to start off the second round versus Thales Leites (27-9) at UFC 224, but ended up battling back to a third round TKO win at the Jeunesse Arena in Rio de Janeiro, Brazil over the former UFC title challenger.  “The injury sucked of course, but it is a part of the game that you have to accept. It could have been worse.” says the “Joker” to MMA Viking as he got ready for his second fight of the year.

The Swede then faced “GM3” a strong grappler that had won four of five bouts in the UFC, and only loss is to Thiago Santos, who also has a win against the Frontline Academy fighter.

The “Joker” used brutal ground and pound from full mount and from back devastating the local fighter, before being briefly reversed.  But the Oslo based fighter was agressive and adjusted with an arm-in guillotine choke to lock up the submission and tap at the UFC on FOX 31 in December.

Hermansson has now won his last four of five in the Octagon with his only loss in this run to Thiago Santos that has moved up to light heavyweight.