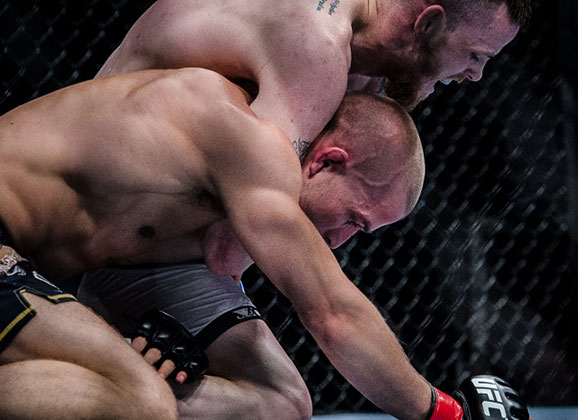 Niklas Bäckström‘s UFC debut only lasted 4 minutes and 15 seconds as the Allstars Training Center ended the bout with a surprising no-hooks bulldog choke over Tom Niinimäki.  Following in the footsteps of Bruno Carvalho (2011), Martin Kampmann (2012), Toni Tauru (2013), Bäckström becomes the 4th winner of MMAViking.com’s annual ‘Submission of the Year’ award. 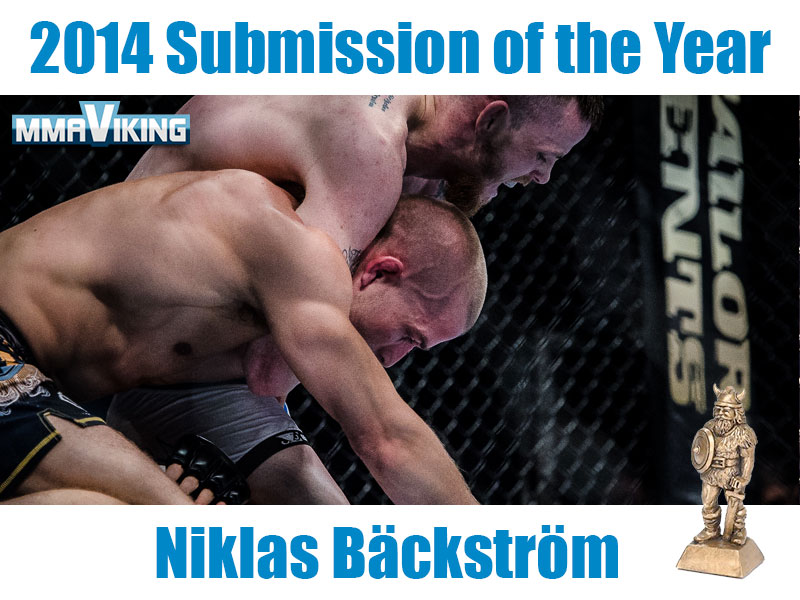 The Swedish featherweight’s performance in the Octagon in Berlin also earned him a Performance of the Night bonus of $50,000, and moved him into main card status at the UFC’s return to Sweden.

It was the Swede’s fourth straight finish, and followed a 15 second front kick KO of Max Coga just two months before. The win last May took Bäckström’s record to 8-0-1 and put his name on the map in the featherweight division.