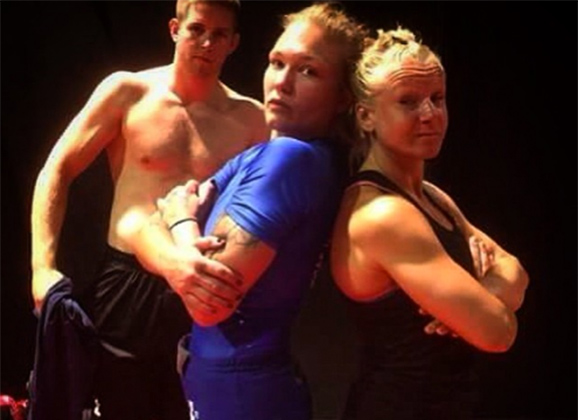 It is Day 5 at the 2016 IMMAF World Championships at UFC International Fight Week, and Nordic vikings will compete in four bouts, with two head-to-head matchups. There are three Swedes, one Finn, and one Norwegian going for gold in the finals.

With two Scaninavian matchups for the Woman Flyweight and Bantamweight belts, there will be at least two gold medals with a potential of four if Finland’s Abdul Hussein or Sweden’s Irman Smajic wins. Get your live results here.

The Finnish Abdul Hussein takes the gold medal after a 3 round war the went his way in the shape of split decision.

In this all Scandinavian final it is the Swedish Gabriella Ringblom whom claims the gold medal by a unanimous decision, sending Österberg home with the silver.

This rematch between two of Scandinavia’s top bantam weight amateurs for the IMMAF gold ended like their first fight, Cornelia Holm wins but this time by a unanimous decision. Mannes will take the silver back to Norway.

Finally after a tough 3 rounder it is Irman Smajic who wins by split decision earning Swedens third gold medal in this competition.